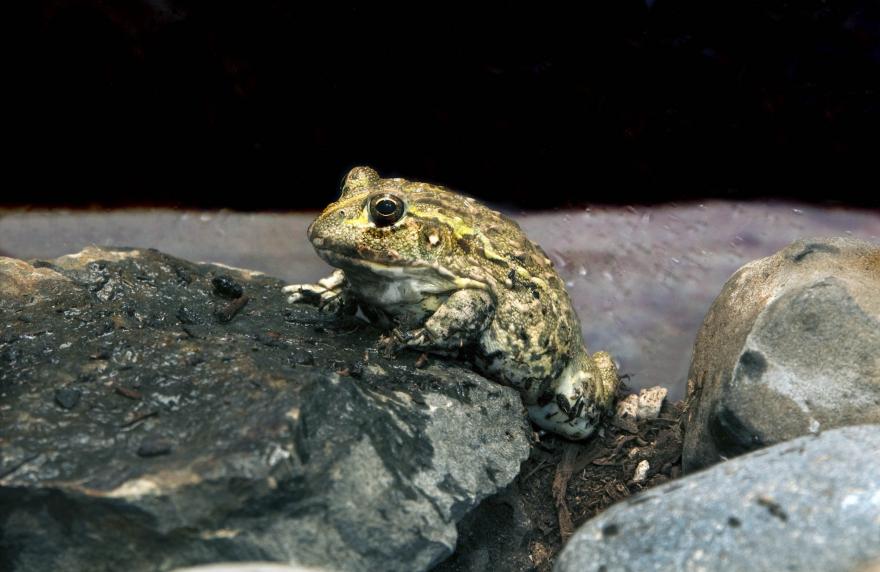 The African bullfrog is aggressive; it may inflate its body and attack an intruder with its huge mouth agape. Local people consider the meat to be a delicacy.

Bullfrogs, the Oregon Zoo and you

The zoo's African bullfrogs live in the Africa Rainforest. They are fed a variety of insects including mealworms, super mealworms, earthworms, waxworms and crickets.

African bullfrog at the Oregon Zoo 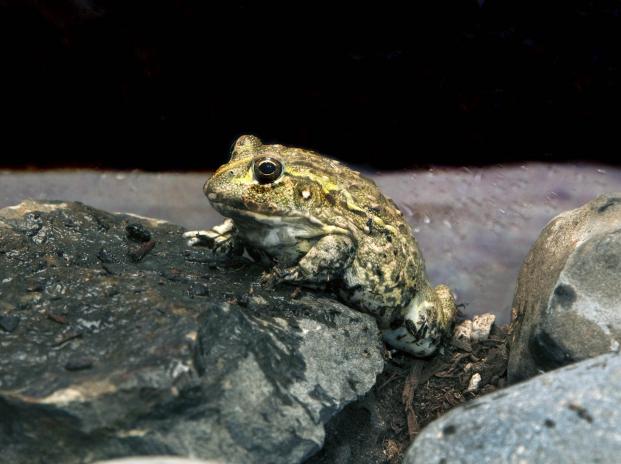 Kijani is an African Bullfrog. Its name means "green" in Swahili...