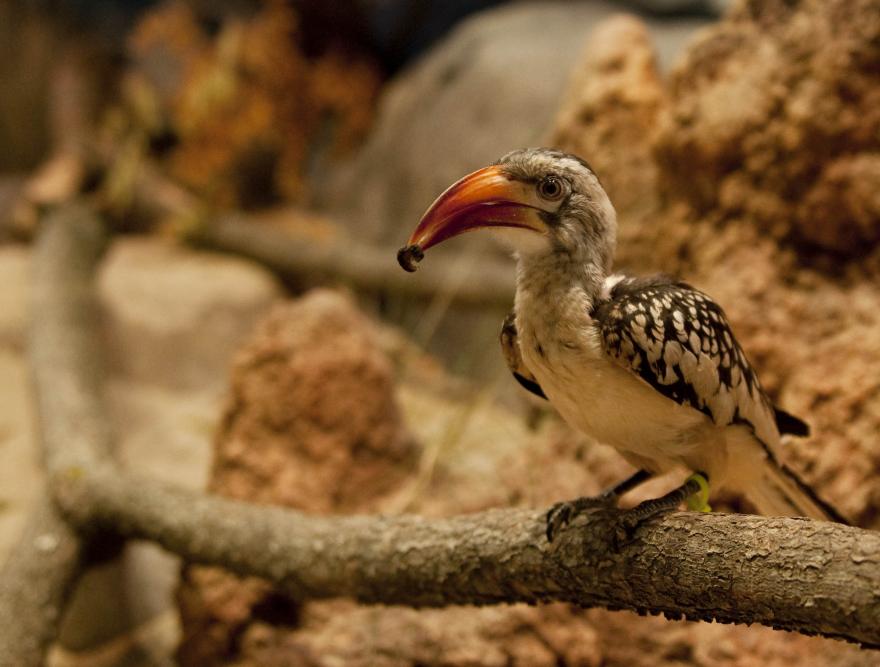 The red-bill lives in open savanna, woodland and thorn scrub in sub-Saharan Africa. It is an omnivore, eating fruit, insects and small animals. Hornbills are named because the shape of their bill reminded early people of cattle horns. The hornbill's first two neck vertebrae are fused to support its large bill. Zazu, a character in the animated film The Lion King is an African red-billed hornbill.

The red-billed hornbill is widely distributed across Africa and is listed by the World Conservation Union in the category of "least concern."

Hornbills, the Oregon Zoo and you

The zoo's African red-billed hornbills live in the Howard Vollum Aviary. They're fed a small amount of fruits and leafy greens, a formulated fruit-based dry pellet, and a variety of insects including: small and large mealworms, wax worms, crickets and small mice.