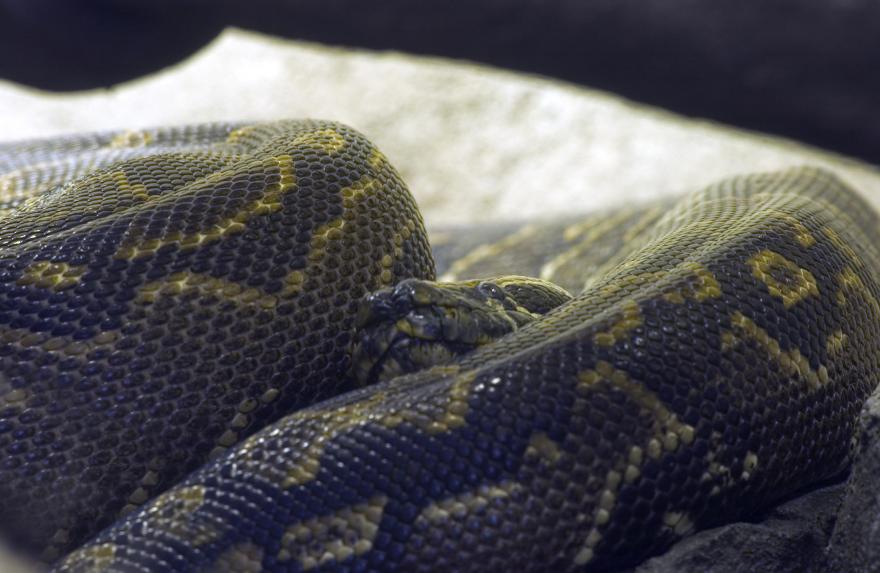 Pythons are the largest species of snake in Africa. They live in grasslands and savanna near water and occasionally in forest edges in sub-Saharan Africa. They are carnivores. In Greek mythology, the Python was a serpent that was the guardian of the cult at Delphi.

"Vulnerable" in Appendix II of the Convention on International Trade in Endangered Species. (CITES is an international treaty controlling the trade of threatened and endangered plants and animals.) Agriculture and urban development have reduced its range.

Pythons, the Oregon Zoo and you

Bob is the zoo's African rock python. He lives in the Predators of the Serengeti exhibit. He is fed a rabbit twice a month.