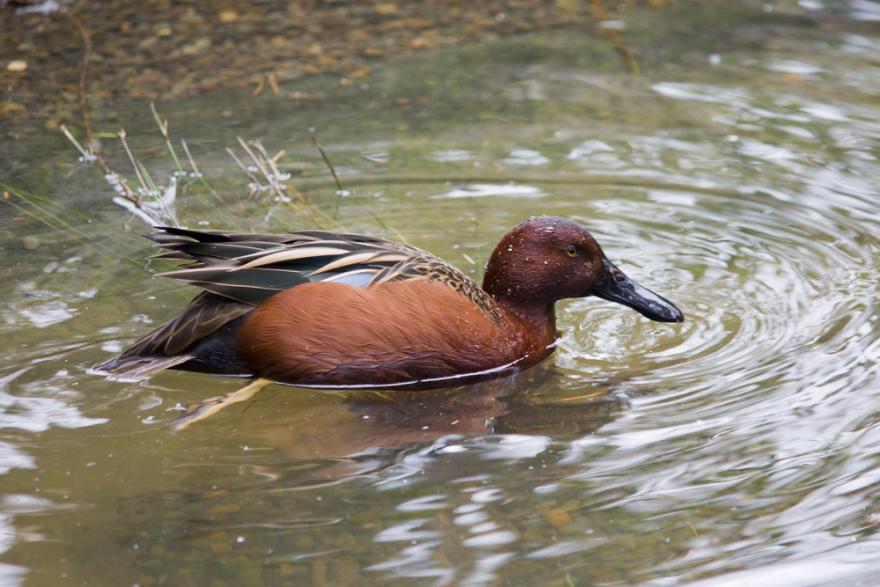 Named for its reddish-brown color, this small dabbling duck is native to western North America. A separate population is widespread throughout the southern half of South America.

Cinnamon teal, the Oregon Zoo and you

The zoo's cinnamon teal live in the Cascade Stream and Pond aviary.