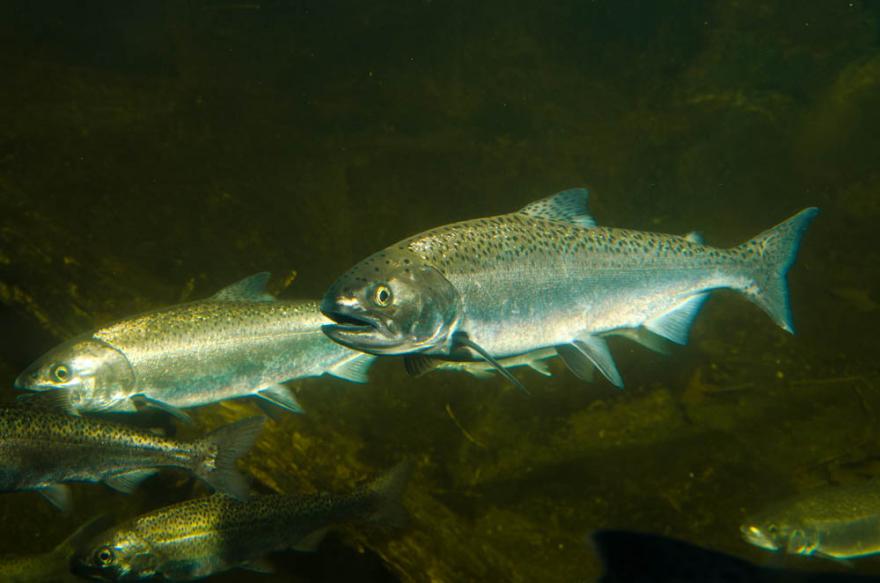 Coho salmon were historically distributed throughout the North Pacific Ocean from central California to Point Hope, Alaska, through the Aleutian Islands, and from the Anadyr River, Russia, south to Hokkaido, Japan. Coho spend the first half of their lives in streams and small freshwater tributaries. The remainder of their life is spent foraging in the Pacific Ocean and estuaries before they return to their birth stream to spawn. Major spawning grounds are in Alaska, Washington, Oregon and British Columbia. They are carnivores.

Some populations are listed as threatened in the United States.

Coho salmon, the Oregon Zoo and you

At the zoo, coho live in the Eagle Canyon exhibit. They are fed a mixture of krill, brine shrimp, chopped fish and insects.

Salmon in the Pacific Northwest have experienced dramatic declines due to overfishing, logging, alterations to rivers and streams and other human activities.