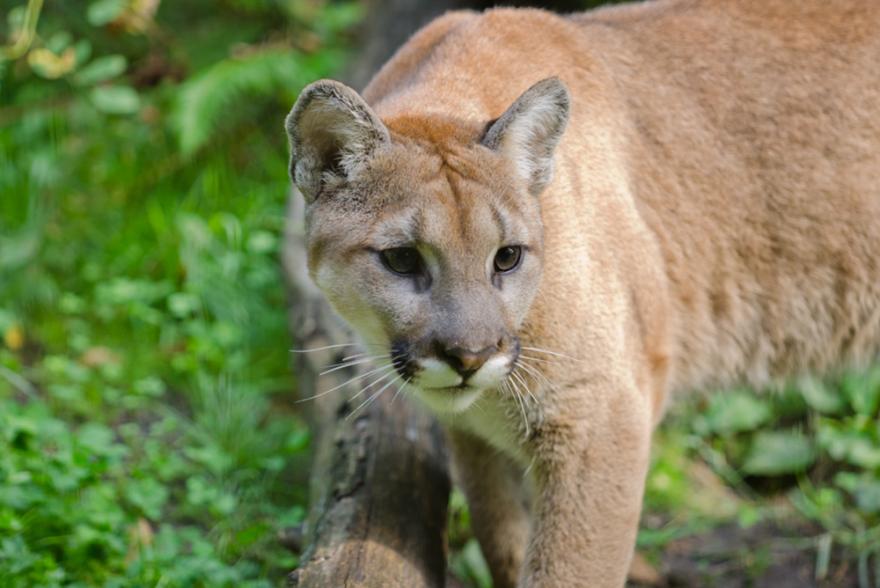 Cougars once ranged across most of North America, and from southern Argentina and Chile to southeastern Alaska. Though they have disappeared from most of the east coast of the United States, they still have the greatest natural distribution of any native terrestrial mammal in the Western Hemisphere.

Cougars need areas with shelter and enough prey to live on. With those needs in mind, they can live in mountain forests, tropical forests, grass¬lands or swamps. They go by many names, including mountain lion, puma, catamount, screamer and panther.

The life of a cougar

Cougars are agile and powerfully built. Their long bodies and unusually long hind legs allow them to hunt in high speed bursts and jump up to 20 feet in one bound. As they run, they use their long tails to steer. 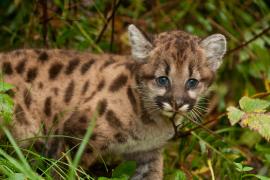 Cougars usually hunt at dawn and dusk. A hunting cougar will quietly stalk its prey, then leap onto its back and break its neck by biting it below the base of the skull. In North America, cougars hunt big animals like moose, elk, deer and caribou, along with smaller animals like squirrels, muskrats, raccoons, beavers, coyotes, birds, and even snails and fish. After taking down a large animal, a cougar might drag it up to a third of a mile and bury it under leaves and debris, then come back at night to feed.

Cougars live and hunt in territories ranging in size from 5 to 150 square miles, depending on the food and shelter resources available. Males' territories usually overlap with the territories of several females, and they usually mate with those females. Both sexes use scent markings to mark boundaries and to signal their reproductive state. They also use low-pitched hisses, growls, purrs, yowls, and screams to communicate with each other.

Females usually give birth every 2-3 years, are pregnant 82 to 96 days, and give birth to between 1 and 4 cubs. The cubs are blind at birth and weigh ½ to 1 pound. They open their eyes about 10 days after they are born, and are fully weaned at about 40 days. The mother and cubs stay together for as long as 26 months.

Cougars range in weight from 90 to 180 pounds and are 3 ½ to 6 ½ feet long. Males are usually larger than females. They live about 10 years in the wild and up to 20 years in captivity.

The International Union for Conservation of Nature (IUCN) lists the cougar as of least concern, but their status varies according to location. In some U.S. states, the cougar is listed as endangered or protected, and in some states they are not protected. An estimated 30,000 cougars live in the American West, and in some western states it is legal to hunt them. In Oregon, the Department of Fish and Wildlife limits cougar hunting to specific times of year and keeps careful track of the number and sex of cougars taken.

How you can help the cougar

Cougars are among the many species that call the greater Portland region home. As a site steward, you can help keep natural areas healthy by volunteering to monitor wildlife, clear invasive species or plant native shrubs. Learn more.

Cougars at the Oregon Zoo 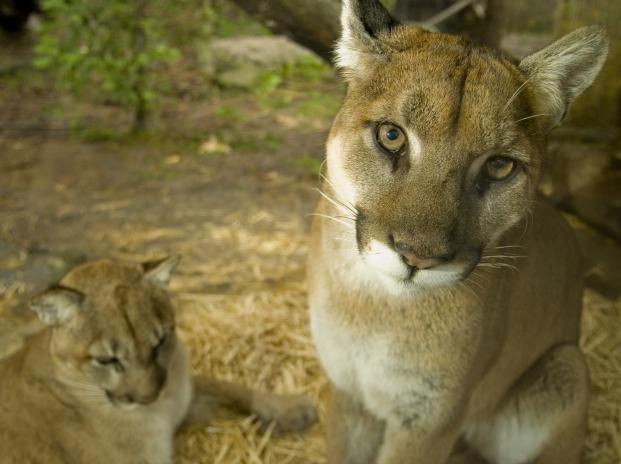 Chinook is a female orphaned cougar. She gave birth to her first cub, Palus in September 2010. Chinook was named Oregon Zoo's Mother of the Year in 2011... 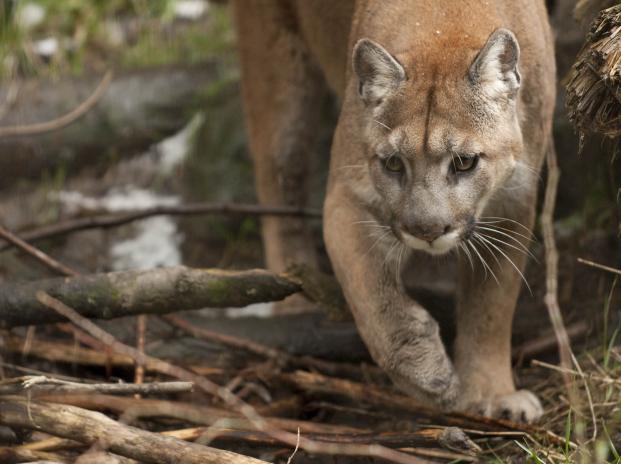 Paiute is a male orphaned cougar...