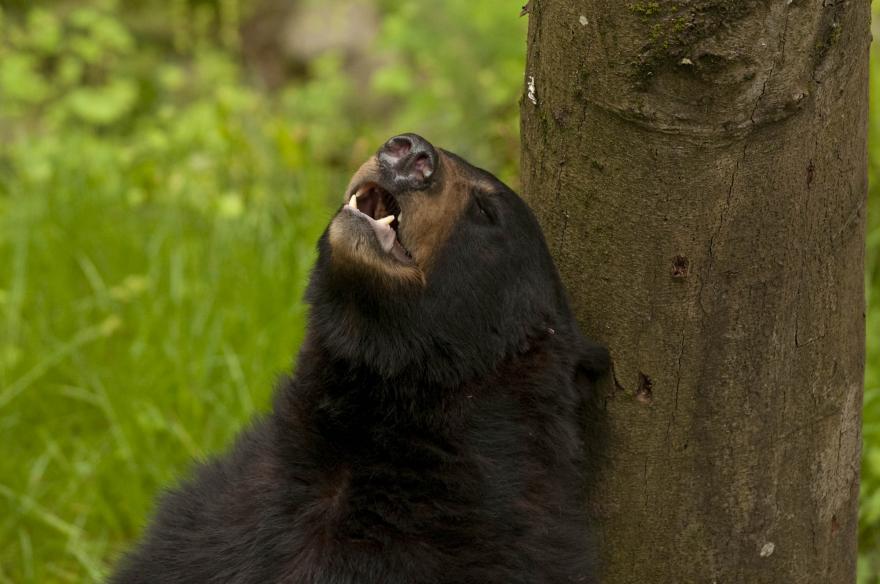 Cubby was born at the Chahinkapa Zoo in North Dakota. He was transferred to the Hogle Zoo in Salt Lake City, Utah in 2003, and arrived at the Oregon Zoo in May 2010. Cubby was named Oregon Zoo's Father of the Year in 2011 after "adopting" Takoda, a behavior rarely seen in male black bears in the wild.