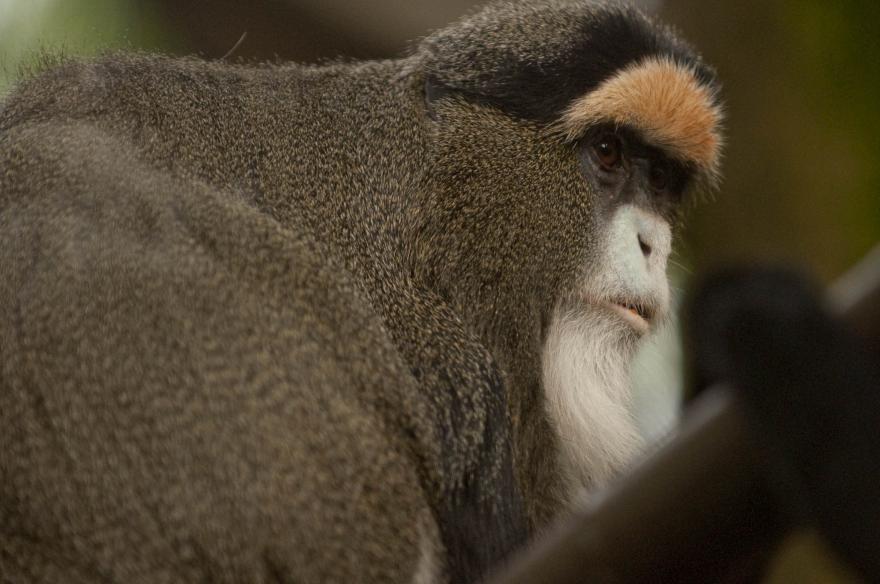 De Brazza's monkeys live along rivers in forest habitats in Central Africa, from Cameroon to Ethiopia, and Kenya to Angola. They are primarily herbivores.

This monkey is named for Pierre Savorgnan de Brazza, an Italian explorer originally named Pietro Savorgnan di Brazza. He lived from 1852 to 1905 and founded a city that is named for him: Brazzaville, the capital of the Republic of the Congo. 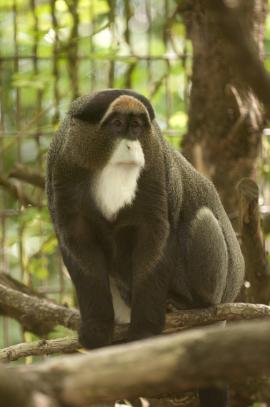 De Brazza's monkeys, the Oregon Zoo and you

These monkeys live in the Africa Savanna exhibit, where they eat monkey chow, fruit and vegetables. They are common and widespread across their range, though hunting and habitat loss have caused declines in parts of their traditional habitat. 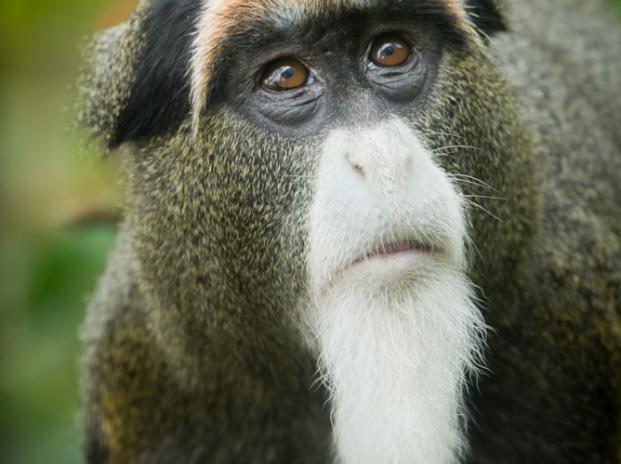 Brooke is a female De Brazza's monkey born in 1991. When Brooke was young, she assisted her mother in the care of her younger sibling. Brooke did well holding and caring for the baby – an experience that would prepare her to rear her own offspring. In Feb. 2013, she gave birth to Augustus. They live together in the zoo's Africa Savanna habitat... 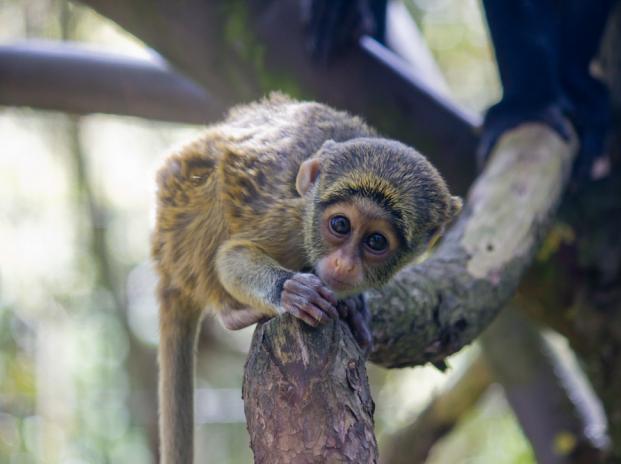 Augustus is a male De Brazza’s monkey born at the Oregon Zoo on Feb. 24, 2013. He was named in honor of his father, Gus, who died shortly before Augustus was born. Augustus lives with his mother, Brooke...