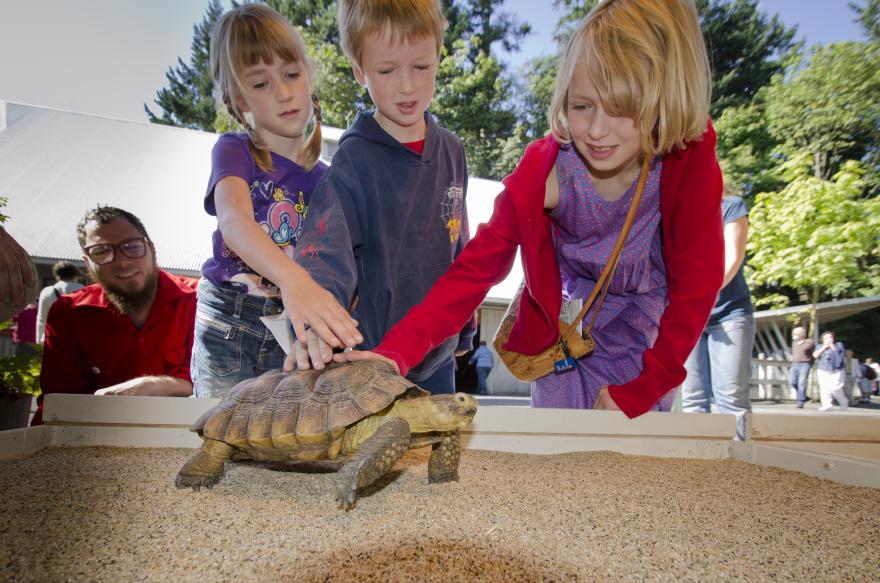 The desert tortoise lives in deserts of the American Southwest and northern Mexico. It is primarily an herbivore. This tortoise was named to honor Louis Agassiz, a Swiss scientist (1807-1873). Other animals and geographic locations also bear his name.

CITES App. II, USFWS threatened. All species in genus Gopherus are threatened or endangered and highly protected in several states.

Desert tortoises, the Oregon Zoo and you

The zoo's desert tortoises are part of its education programs. They eat fruit, vegetables, and occasional meat and calcium supplements.