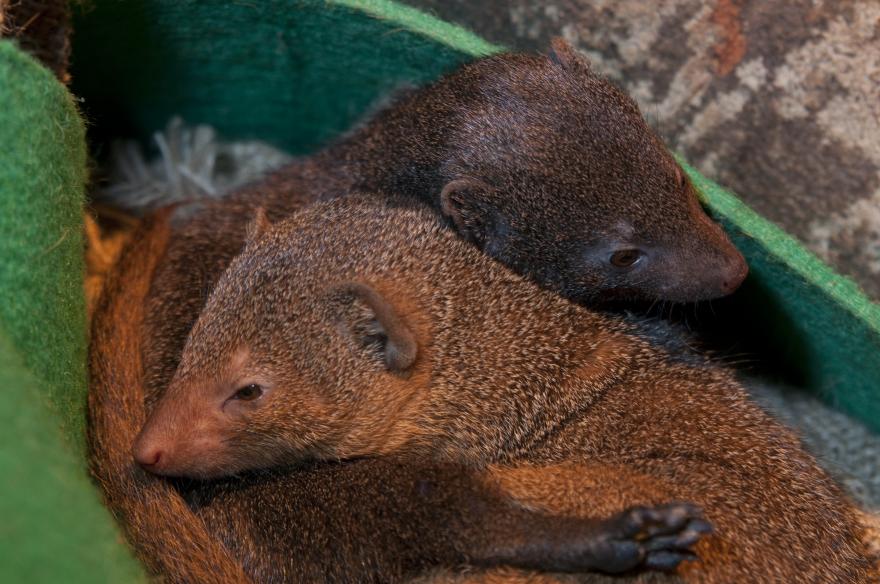 Dwarf mongooses live throughout much of sub-Saharan Africa in a wide variety of woodlands, thickets and savanna habitats. They are the smallest carnivores in Africa and are primarily insectivorous (insect-eaters).

Mongooses, the Oregon Zoo and you

The zoo's mongooses live in the Predators of the Serengeti exhibit. They eat specially formulated wet diet food, vegetables, dry cat food, a variety of insects and larva, and whole mice and chicks.

They are not endangered.