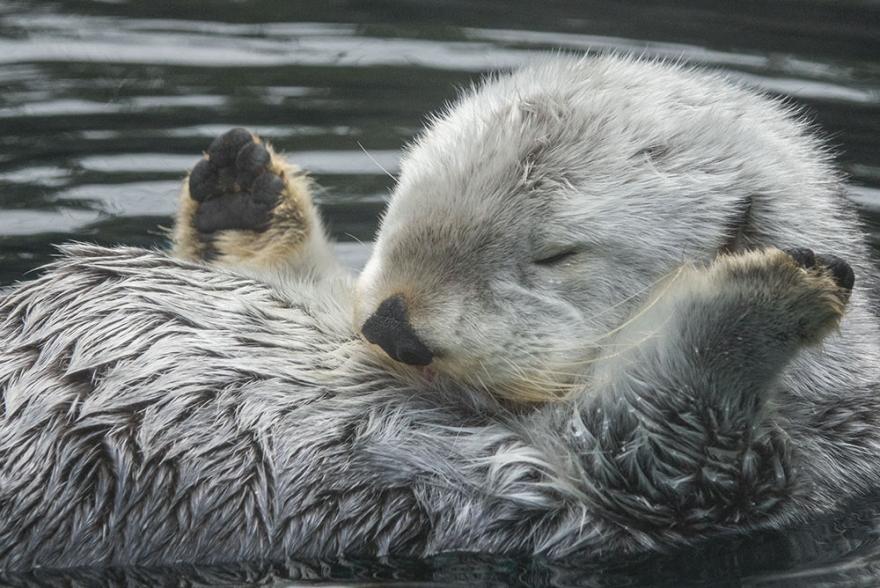 Eddie was a male southern sea otter who passed in December 2018 following a decline related to his advanced years. At nearly 21, he was one of the oldest sea otters on the planet.

Orphaned as a pup along the California coast in 1998, and lacking the skills to survive on his own in the wild, Eddie was taken to the Monterey Bay Aquarium's rescue and care program for rehabilitation. Eventually, though, he was deemed non-releasable by the U.S. Fish and Wildlife Service, and in 2000 he came to the Oregon Zoo.

In 2012, Eddie was included in an article about elderly Oregon Zoo inhabitants, highlighting the ways keepers and veterinary staff care for animals approaching the end of life — but it turned out he was just getting started.

That same year, as therapy for his arthritic elbow joints, keepers trained the aging otter to dunk a toy basketball. A video about his behind-the-scenes exercise routine went viral in 2013, earning more than 1.7 million views on the zoo's YouTube channel and making him one of the most famous animals on the Internet.