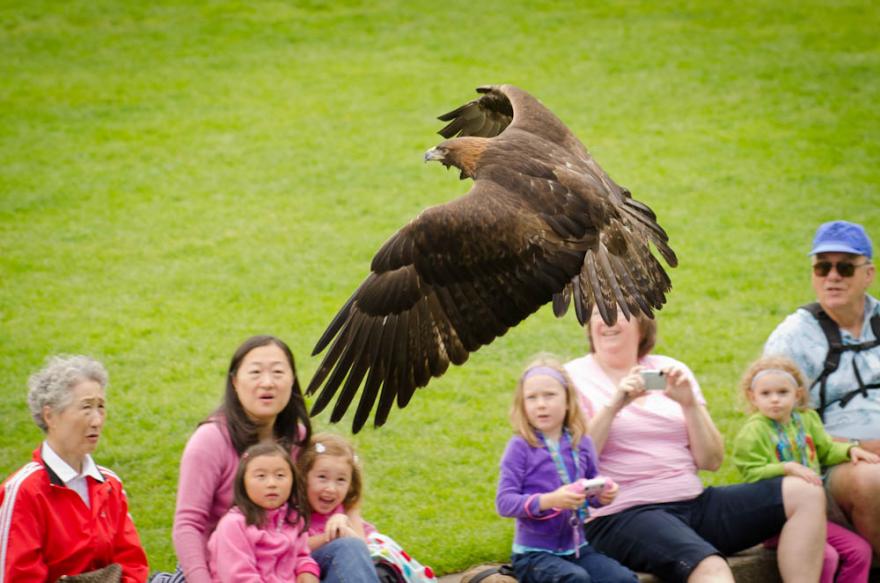 Golden eagles are found in Europe, Asia, North Africa, the Arabian Peninsula and North America. They range from sea level to 10,000 feet in many habitats: forests, tundra, prairies, sagebrush, scrubland or alpine meadows. They are probably the most numerous of large eagles in the world. In North America, golden eagles are more common west of the Mississippi River. Like all raptors, they are carnivores. 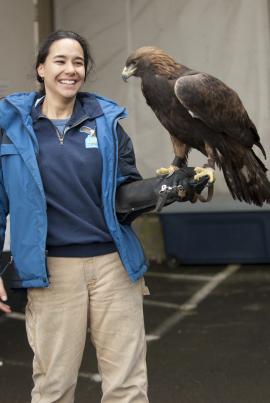 Golden eagles are protected in the United States by the Migratory Bird Treaty Act, and also the Bald and Golden Eagle Act. They were once considered extinct east of the Mississippi River, although they are now locally common in much of the United States.

Golden eagles, the Oregon Zoo and you

The zoo's golden eagle, Deschutes, is part of the Wild Life Live! shows. Deschutes was received by the Oregon Department of Fish and Wildlife in Hines, Ore., on July 22, 2004. He had been found alongside a road with a head trauma after being hit by a vehicle. The accident resulted in blindness in his right eye, but there were no other injuries. Because Deschutes is blind in one eye, it was determined with the lack of depth perception would prevent him from hunting successfully.

You can help golden eagles continue to thrive in their range by joining a conservation organization that works to protect eagle habitat such as The Nature Conservancy.