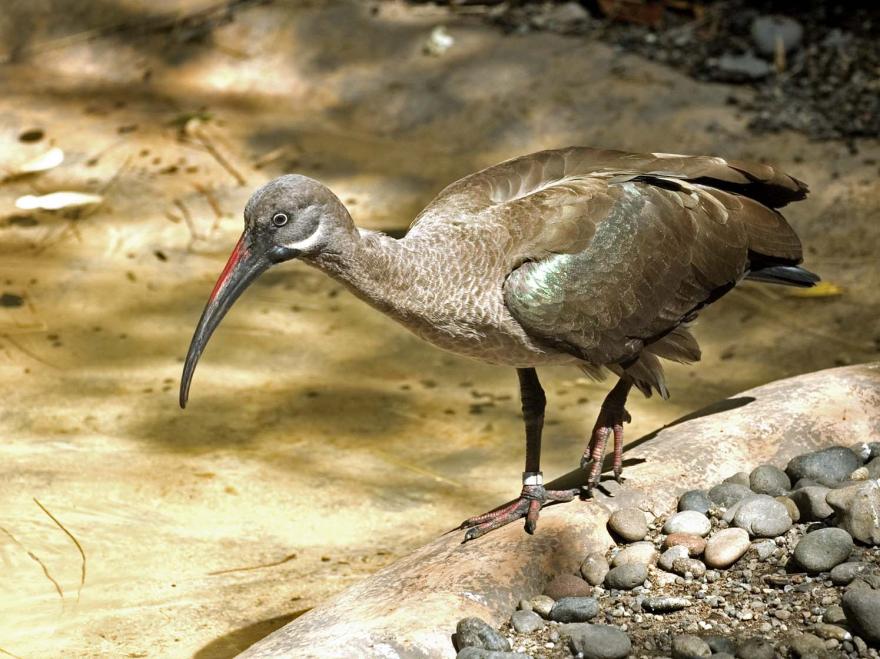 The Hadada ibis is a long-legged wading bird native to sub-Saharan Africa. It lives in wooded streams and river courses in open grassland and savanna woodlands.

Hadada ibis, the Oregon Zoo and you

The zoo's Hadada ibis live in the Africa Rainforest Aviary.