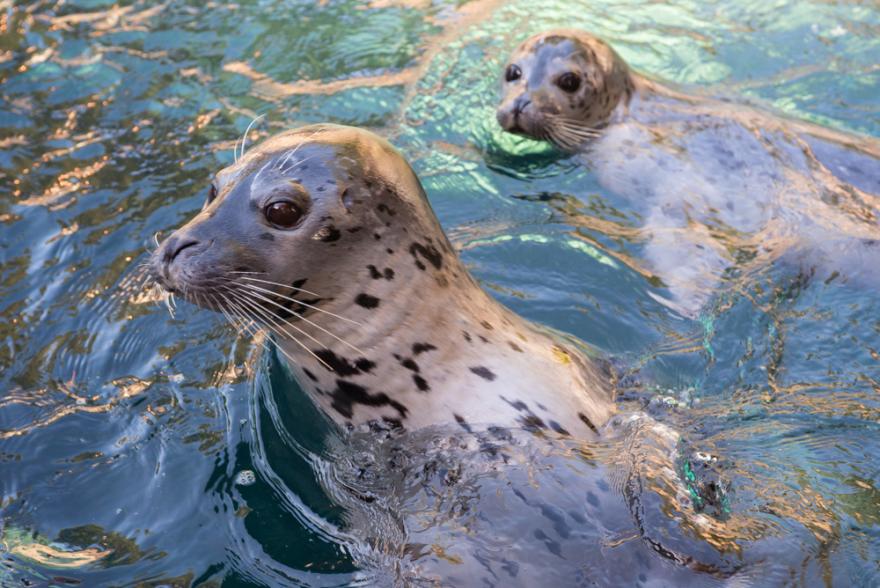 Phoca vitulina
Harbor seals are found north of the equator along the coasts of the Atlantic and Pacific Oceans. They swim in near-shore coastal waters, bays and estuaries. They haul out on rocky islands and sandy beaches to rest, get warm, give birth, and escape from predators. They usually lie close to the water so they can make a quick escape.

The life of a harbor seal

Adult harbor seals are five to six feet long and weigh up to 300 pounds. Males are slightly larger than females. 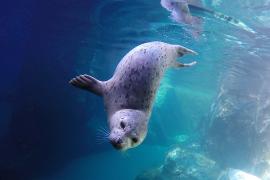 Harbor seals are awkward on land, where they flop along on their bellies, but they are agile and flexible in water. They can swim forward, backward and upside-down and up to 12 miles an hour. They sometimes sleep nearly submerged in water, exposing only the tip of their nose to the air—a posture called "bottling." The lenses of harbor seals' eyes are enlarged and adapted for focusing on light refracted in the water. Their sense of hearing is also specifically adapted for hearing the movement of prey under the water.

Harbor seals eat fish, shellfish and crustaceans like shrimp and crabs. Depending on what they're hunting, they will dive between 300 and 1,500 feet. During a dive, their nostrils close and their heart rate slows from 100 beats per minute to about 5 beats per minute, allowing them to stay underwater as long as 35 minutes.

Female harbor seals usually mate and give birth every year beginning at age 3 to 5. Pregnancy lasts 10-11 months, including a 2+-month delayed implantation. Pups are born between February and April, weigh 20-24 pounds, and are nursed for about 24 days. They are ready to swim minutes after being born.

Under ideal conditions, harbor seals live an average of 15 to 20 years in the wild and 25-30 years in zoos. Males tend to have a shorter lifespan, probably because of the stresses of fighting each other between breeding seasons. 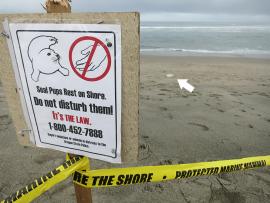 When harbor seals live in areas that are heavily fished, they can become entangled in fishing lines, and overfishing can negatively affect their access to food. They are also susceptible to viruses from contaminated sites and exposure to oil spills and other chemicals. In most of the United States, their numbers have become more stable since the U.S. Marine Mammal Protection Act (MMPA) of 1972 made it illegal to hunt any marine mammal, including seals, in U.S. waters.

How you can help harbor seals

Harbor seal pups begin to show up along the Oregon Coast from late March through April, much to the delight of beachcombers. If you see one, stay 100 yards away, keep your dogs leashed and never pick one up. Female seals leave their pups on the beach while searching for food and may avoid returning if people are present.

Harbor seals at the Oregon Zoo 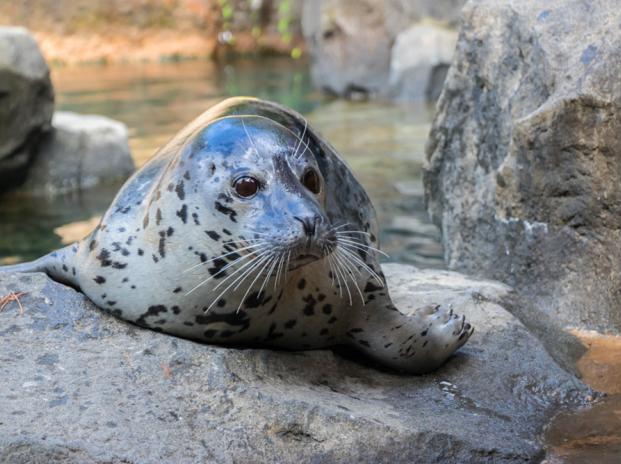 Tongass is a male Pacific harbor seal born at Alaska SeaLife Center on June 23, 2007. He came to Oregon Zoo in October 2015. You can identify him by the large spot under his right eye. He is curious and vocal, and enjoys new situations. His name refers to the southernmost group of the Tlingit people, and means "Sea Lion Tribe."... 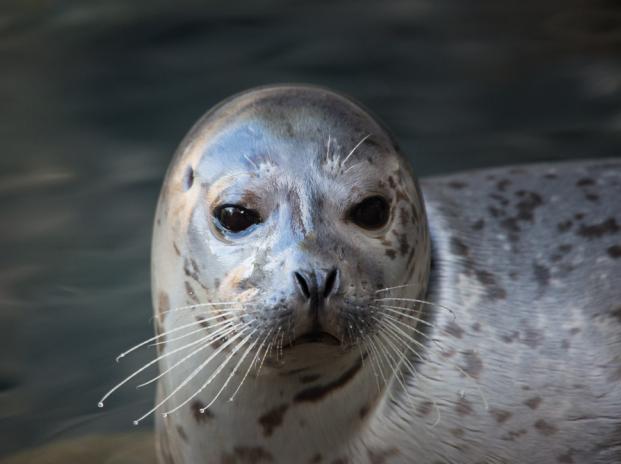 Kaya is a female Pacific harbor seal born on June 1, 2015 at Alaska Sea Life Center. She arrived at Oregon Zoo in October of 2015. She is curious and brave in new situations and likes to explore. Her name means "stay" in Inuit... 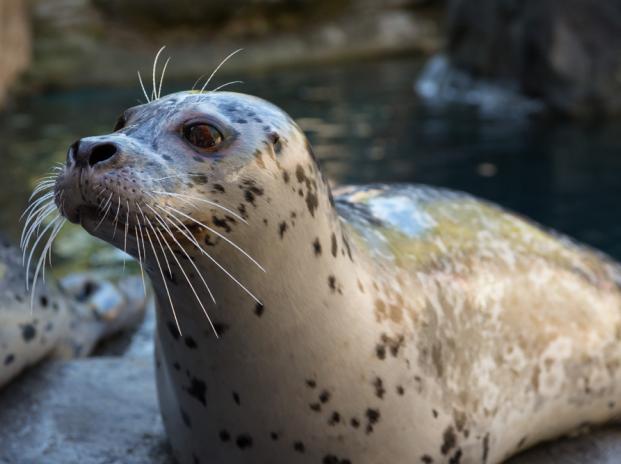 Atuun is a female Pacific harbor seal born on Smith Island, Alaska on June 4, 2004 and brought to the Alaska Sea Life Center a few weeks later. She arrived at Oregon Zoo in October of 2015. She is Kaya's mother. She tends to be vocal, and you may find her interacting with visitors at the habitat window. Her name means "song" in Inuit...