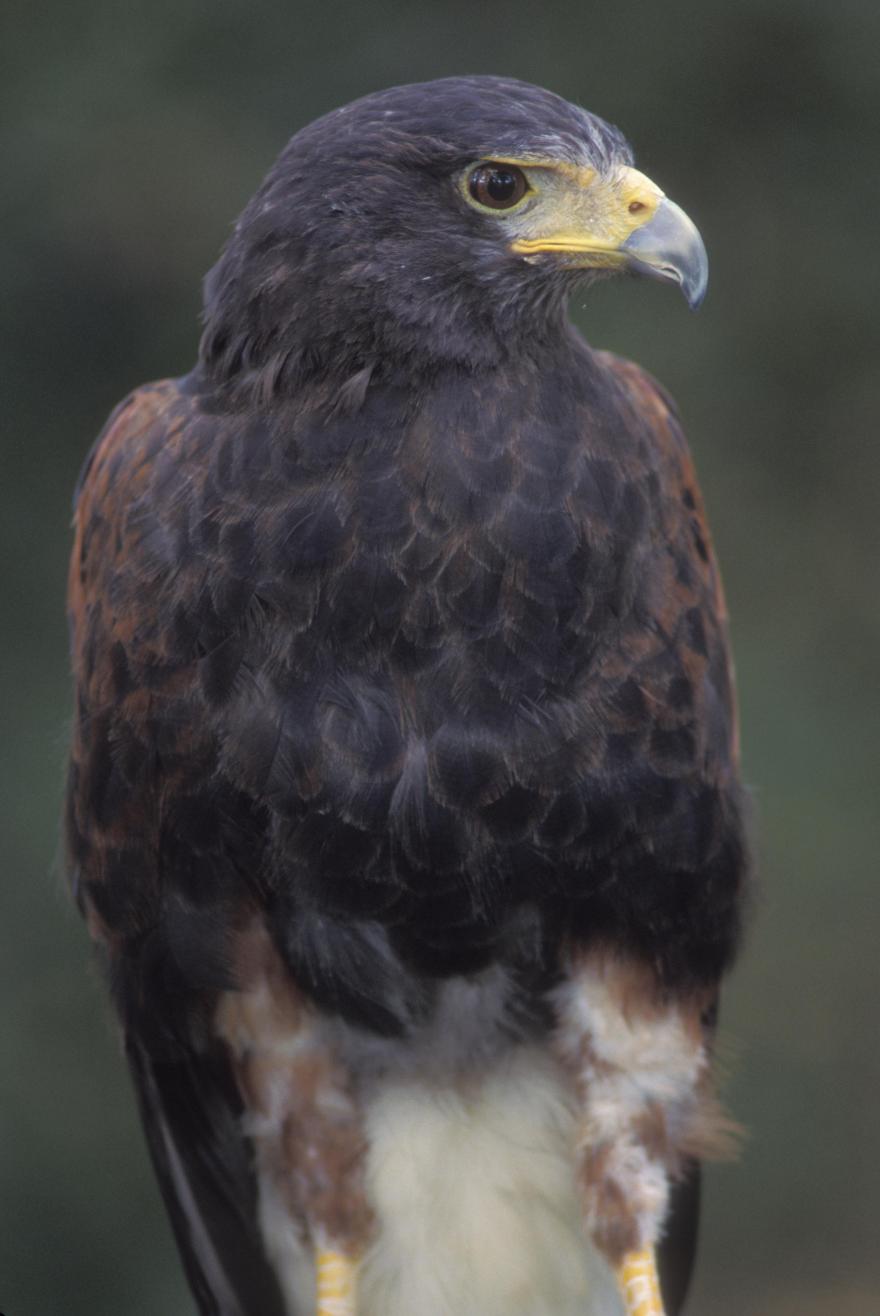 The Harris's hawk lives in semi-arid areas of Southern California, Arizona, New Mexico and Texas, with its range extending into Mexico, Central and South America. It prefers scrub containing mesquite, cacti and yucca. Like all raptors, it is a carnivore.

Harris's hawks are rare in parts of their range. Populations had decreased dramatically in California after development projects resulted in severe habitat loss. By the 1950s they were nearly extirpated from California. In 1979, the Santa Cruz Predatory Bird Research Group began to reintroduce Harris's hawks into the state. Their only real predators are coyotes and bobcats that pull down nests they can reach.

Harris's hawks, the Oregon Zoo and you

Sonora is a female who is part of the zoo's Wild Life Live! shows. She arrived at the zoo soon after hatching in 1991, and can be seen free-flying in the summer shows on the zoo's concert lawn.