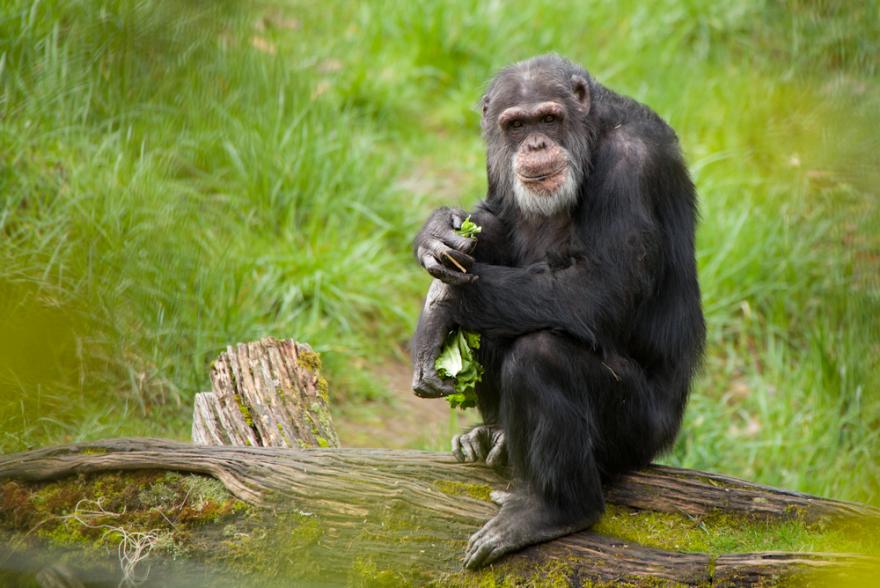 Jackson was born in the wild in about 1971. He lived at Jacksonville Zoo for many years and spent 5 years at Oklahoma City Zoo before coming to Oregon Zoo in January 2013.

The only male in the group, Jackson is a very sweet and playful chimpanzee. He enjoys training and interacting with lots of different enrichment items. Playing chase is his favorite game, and he also loves to groom others as well as himself. Due to his human-oriented upbringing, he doesn't understand or partake in reproductive behavior. He is learning his role within the current chimpanzee hierarchy.