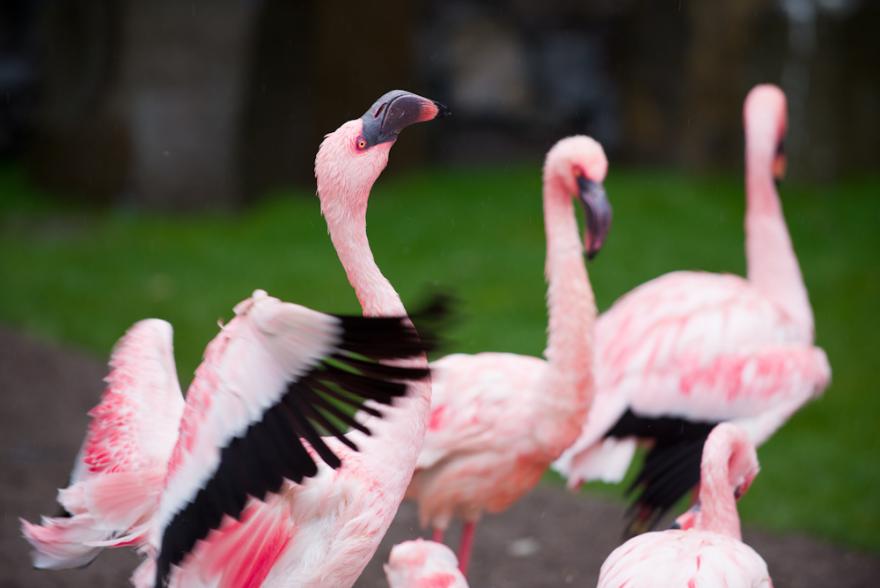 Lesser Flamingos are filter-feeding wading birds native to Africa. They are the smallest of the six flamingo species, and the pinkest of the two old world species.

Lesser flamingos, the Oregon Zoo and you

The zoo's lesser flamingos live in the Africa Rainforest Aviary.