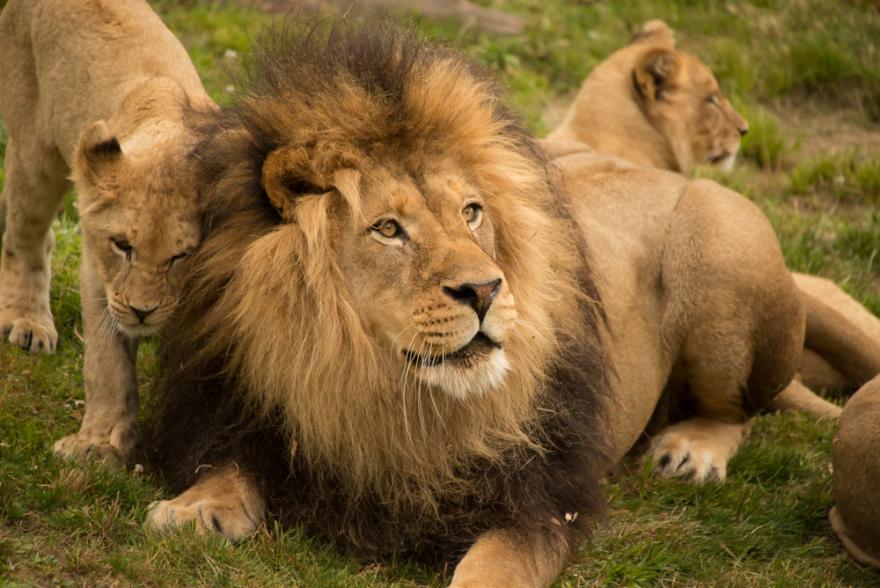 African lions live in the open plains, thick brush and dry thorn forests of sub-Saharan Africa. With their big jaws and muscular build, lions can prey on animals many times their size.

Life of a lion

Lions are mostly crepuscular (active at dawn and dusk) and spend much of the day sitting or sleeping. They communicate using nine distinct vocalizations, including roars, grunts and growls. A lion's roar can be heard up to five miles away. 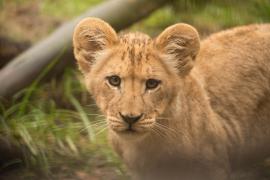 Lions prey on almost any animal, from rodents to rhinos, but antelopes, zebras, and wildebeest form the bulk of their diet. Females do most of the hunting, usually in groups.

Between 2 and 40 related female lions live together in social groups called prides, dominated by at least one adult male. Males join coalitions to fight over access to the females in ferocious, often fatal, battles. When a male is killed, the victorious male kills all the cubs in the pride, contributing to an 80 percent mortality rate for lion cubs in their first year of life.

Lions breed year-round. Females are old enough to mate when they are 2 years old. They are pregnant for 3½ months and give birth to up to 5 cubs. Females nurse their own young and will also nurse the young of their female relatives in the pride if litters are born close together. The cubs begin eating meat at 3 months, and are dependent on adults in the pride until they’re about 16 months old. A young female usually stays in her mother’s pride for life.

Because lions need huge areas to hunt in, habitat loss and loss of natural prey forces them closer to human habitation, where they sometimes attack livestock. Lions are being killed as pests and as trophies on big game hunts. Their population has dropped significantly in the past several years, and in many African countries they are restricted to national parks and other protected areas.

How you can help lions

Lions at the Oregon Zoo

Zawadi, Kya and Neka live in the Predators of the Serengeti exhibit. All three participate in the Oregon Zoo's new lion breeding program, a part of the Association of Zoos and Aquariums' Species Survival Plan for African lions. Neka and Kya have each had three cubs. 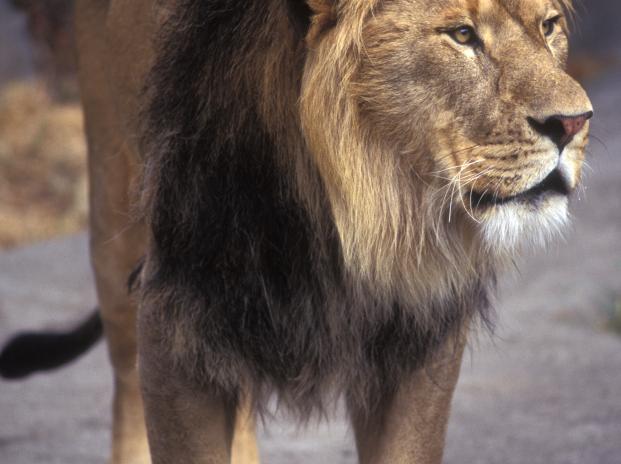 Zawadi Mungu is a male lion. He was born in November 2007 and came from the San Diego Wild Animal Park... 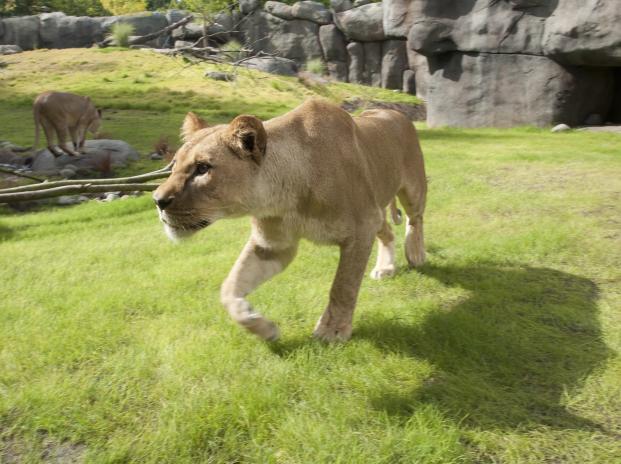 Neka is a female lion. She was born in 2007 and came from the Virginia Zoo... 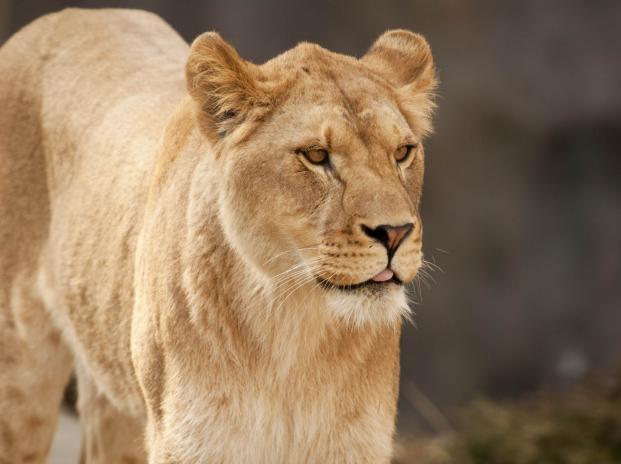 Kya is a female lion. She was born in 2007 and came from Wisconsin's Racine Zoo...