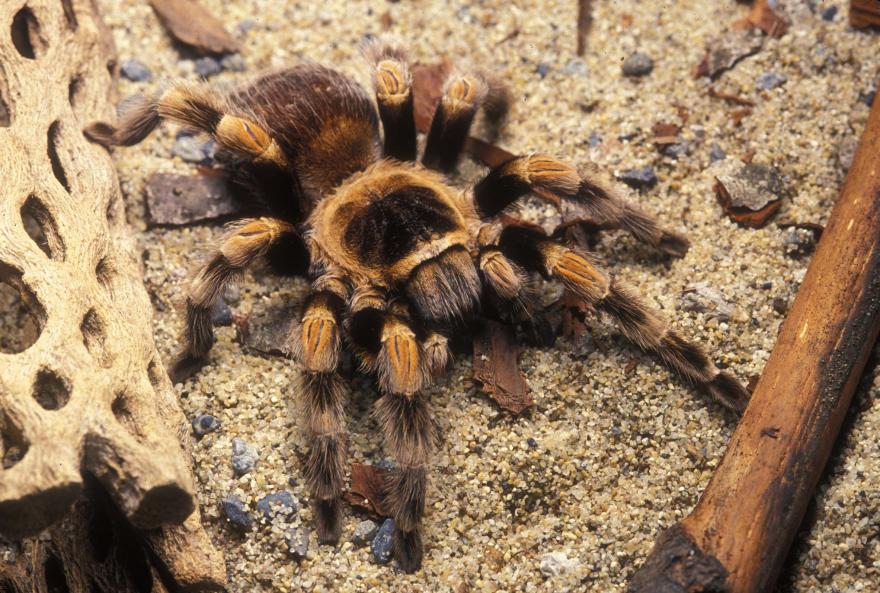 Mexican red-kneed tarantulas are one of the world's 900 species of tarantulas. They live in deserts in southwest Mexico and are carnivores.

Tarantulas, the Oregon Zoo and you

Tarantulas live in the Insect Zoo, where they enjoy a diet of crickets.