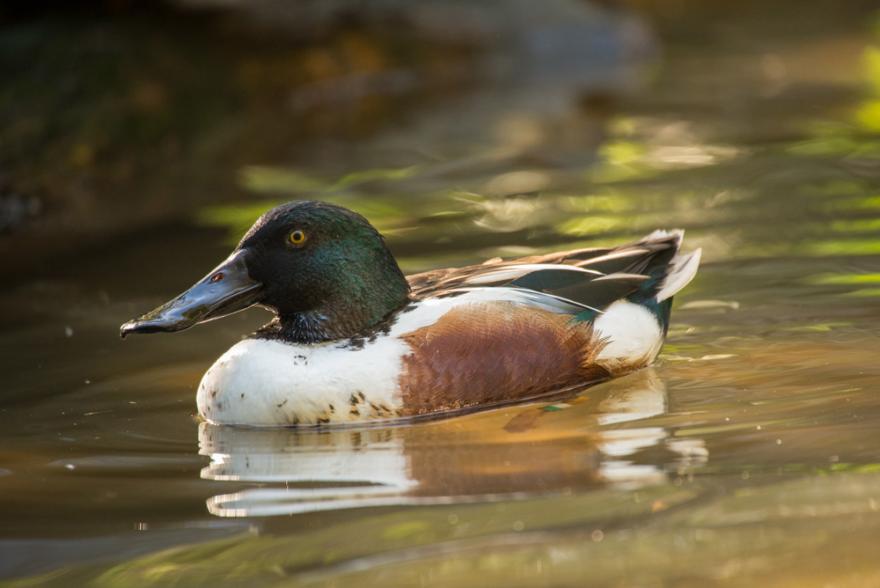 Named for its large bill with a broad spatula-shaped tip, the northern shoveler is a dabbling duck widespread throughout the northern hemisphere.

Northern shovelers, the Oregon Zoo and you

The zoo's northern shovelers live in the Cascade Stream and Pond aviary.