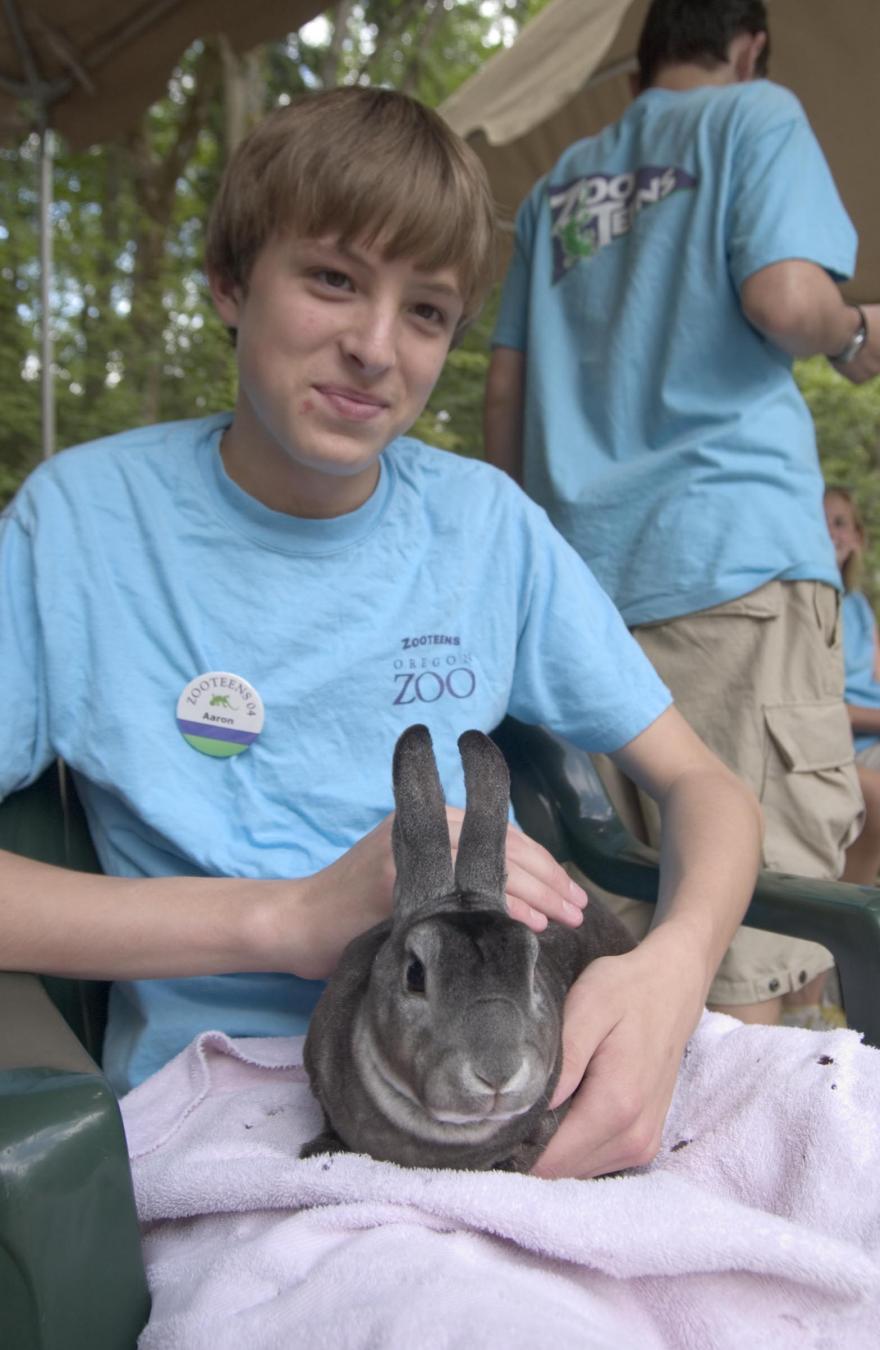 Domestic, or common, rabbits are native from Spain and Portugal south to North Africa. As early as Roman times, they began to be introduced elsewhere for food. They are now found throughout much of the planet, domesticated for food and as pets. Rabbits are herbivores.

How is a rabbit different from a hare?

Breed specific depending on the domestic species.

Rabbits, the Oregon Zoo and you

The zoo's rabbits are part of its education programs. They eat rabbit chow, carrots, apples and lettuce.