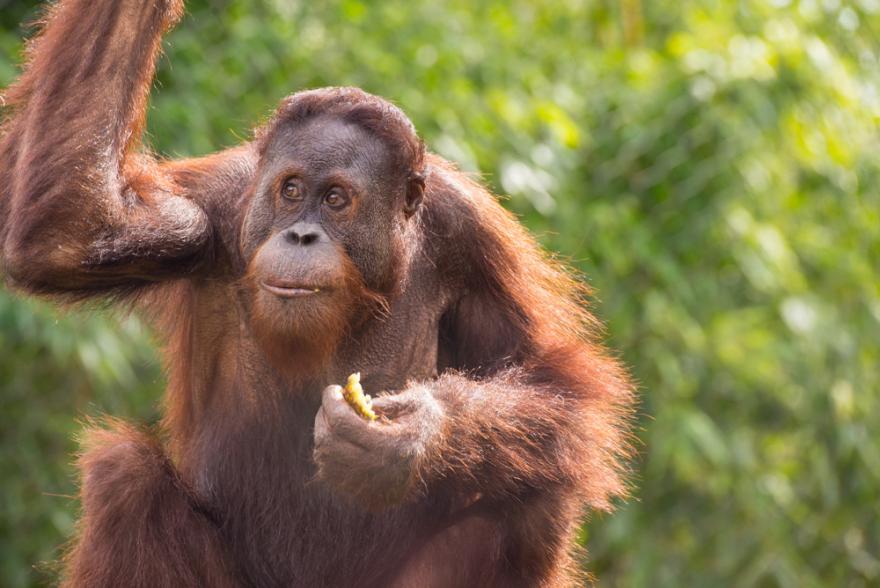 Orangutans, the only great apes that spend their lives in the rainforest canopy, live in lowland or hilly tropical rainforests. There are two species of orangutans. They have been isolated from each other for more than a million years, and live only in their namesake islands of Borneo and Sumatra in Southeast Asia. 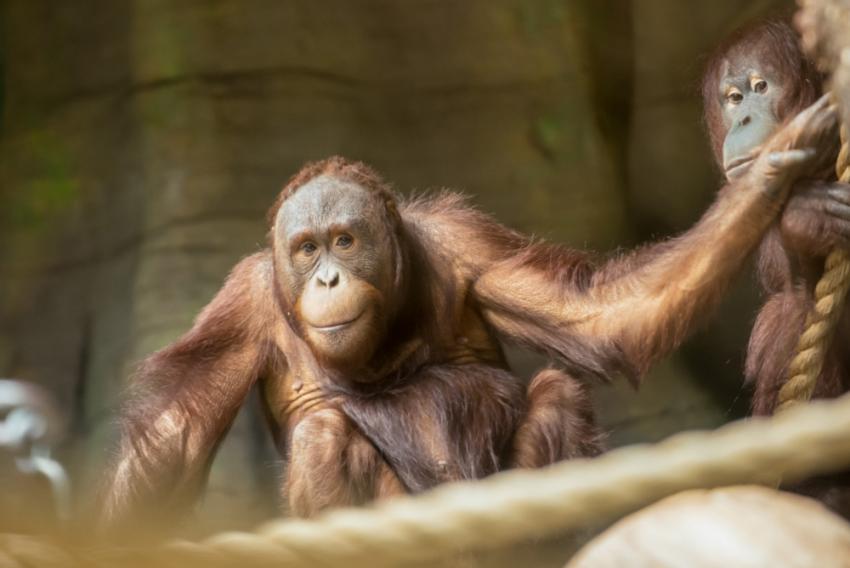 How you can help orangutans

The life of an orangutan

Orangutans are active during the day and build tree nests each night out of leaves and branches, often as much as 120 feet above the ground. Their opposable thumbs and big toes combine with long arms and highly mobile shoulder and hip joints to give them easy, flexible movement through the trees.

Orangutans eat bark, leaves, flowers, insects and over 300 different species of fruit. Young orangutans learn from their mothers what food to eat and where and when to find it. Orangutans have large brains and are highly intelligent. They have been known to make hats out of leaves to keep themselves dry, borrow human boats to cross open water, and use spears to catch fish.

Fully developed adult males can reach a height of five feet with 8-foot arm spans and weigh up to 300 pounds; adult females are significantly smaller. Males’ hanging throat sacs act as resonating chambers for their “long call,” which echoes through the forest up to a mile away. The call is used to advertise the male’s presence to females or to warn other males away.

Orangutan females reach sexual maturity at 12 to 15 years of age, and give birth once every 7 to 9 years. Females are pregnant for 8-9 months. Babies weigh about 3 and ½ pounds at birth and are nursed until they are about six years old. The average lifespan of an orangutan is 30-45 years in the wild and 50 years in captivity.

Orangutans are critically endangered because of poaching, loss of habitat from logging, conversion of forest into palm oil plantations and farms, and fragmentation by roads. Because orangutans rely on trees for their existence, the destruction of forests is devastating to every aspect of their lives.

Orangutans at the Oregon Zoo 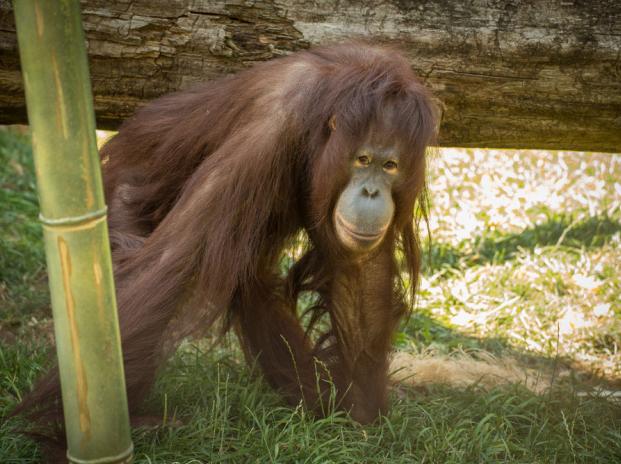 Kitra is a Bornean orangutan. She is shy and slender and often spends her time people-watching. She enjoys frozen treats and lots of bedding. The newest orangutan to arrive at the Oregon Zoo, Kitra came from Cleveland Metroparks Zoo... 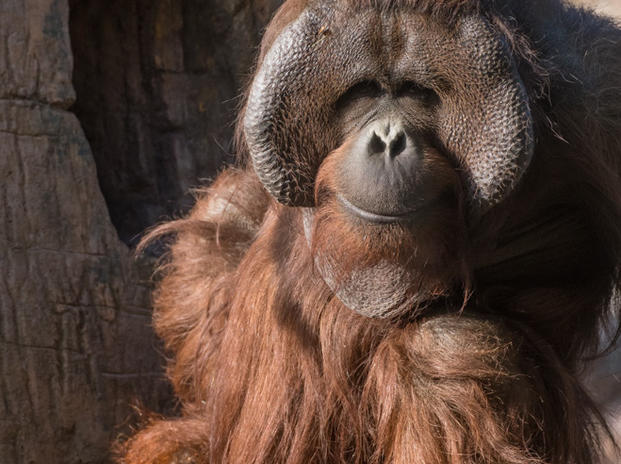 Bob is a Bornean orangutan who is reserved, very smart, and often acts silly with the public and his keepers. He likes to roll around the yard, swing from his feet, and make faces at the windows. One of his favorite treats is crunchy peanut butter. Bob was born in January of 2006 at South Carolina's Greenville Zoo...