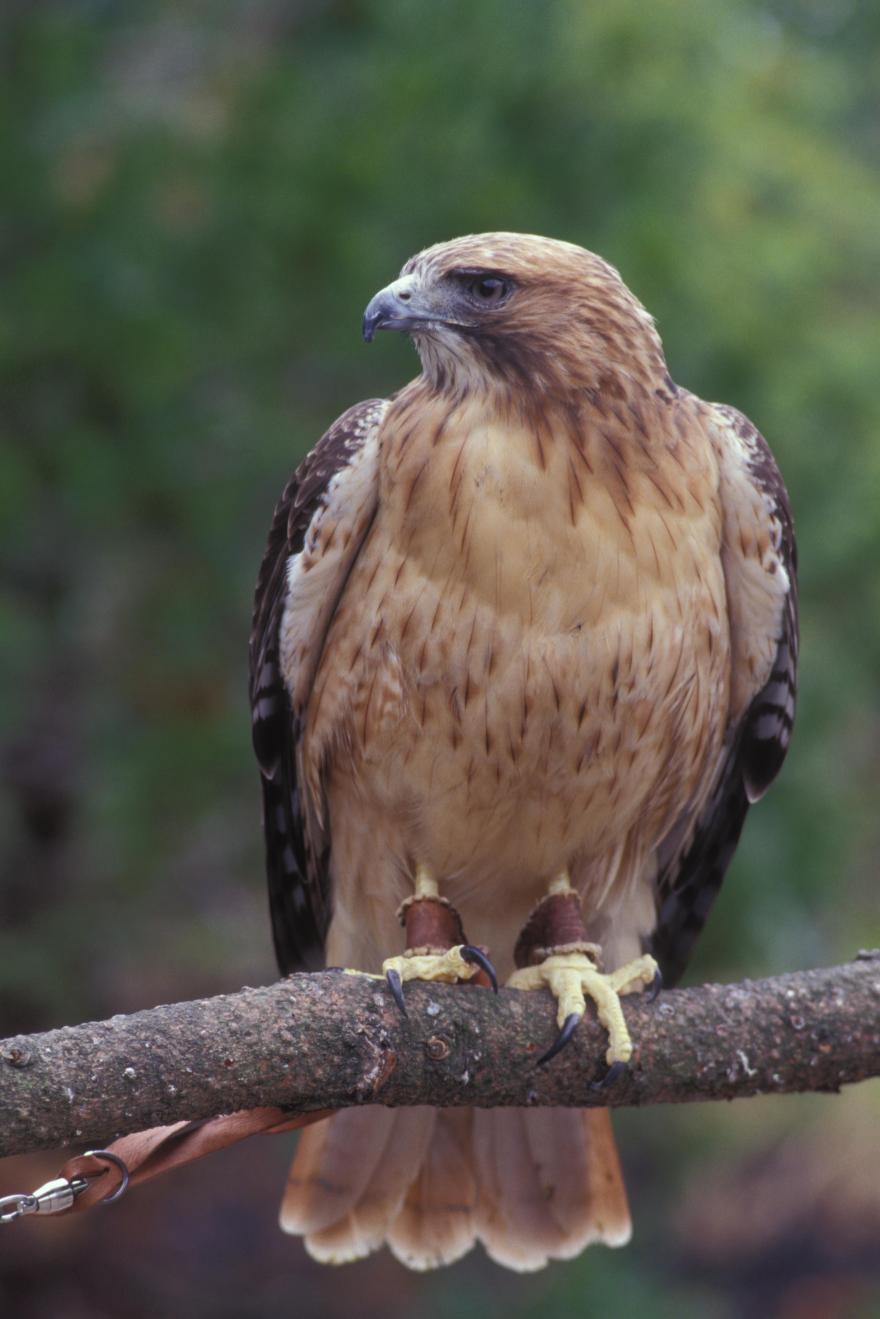 The red-tailed hawk is one of the most common large, broad-winged hawks in North America. Its range is from Alaska and northern Canada south to Central America. Red-tailed hawks live in a variety of habitats: open country, scrub, woodlands, rocky canyons, coastlines, prairies and deserts. Like all raptors, they are carnivores.

Red-tailed hawks are probably the most commonly seen Western bird of prey. They do suffer losses from ranchers and farmers who, not realizing their great benefit in controlling rodents, shoot them off telephone poles.

Red-tailed hawks, the Oregon Zoo and you

Sundance the red-tailed hawk is part of the zoo's Wild Life Live! show. A boy in Arizona found an egg and brought it to a veterinarian to help him identify it. Sundance, the hatchling inside, was moved to various places and during that period she became too adapted to human contact to survive in the wild. Sundance came to Oregon in 1993, and can be seen performing in the zoo's summer free-flight bird shows.