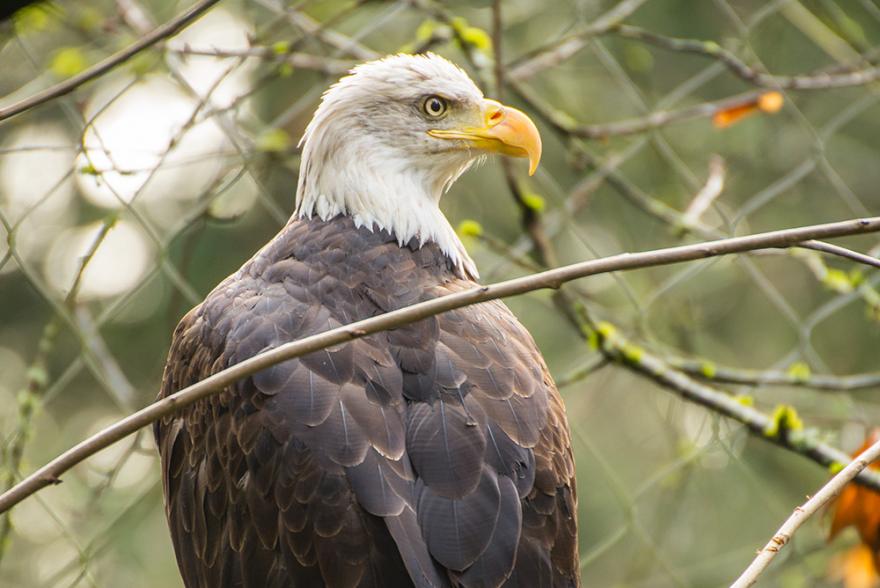 Reetahkac (pronounced Rate-a-kats, Pawnee for eagle) is a female bald eagle that came to the Oregon Zoo after she was injured and deemed non-releasable by wildlife authorities in Wisconsin. The 3-foot-tall eagle was discovered by hikers in Wisonsin's Vernon Wildlife Area.

She had sustained a deep puncture wound in her left eye, and was also suffering from severe lead poisoning. Wildlife experts believe the puncture, which left Reetahkac blind in that eye, occurred during a territory battle with another eagle. The lead poisoning, they say, most likely came from a meal she ingested around the time of her rescue.

She underwent five rounds of chelation therapy — a chemo-like treatment that helps remove lead from the body.

"Reeta" shares her exhibit with another one-eyed eagle, Jack. The two can be distinguished by their eyes: Reetahkac is missing her left eye and Jack is missing his right.