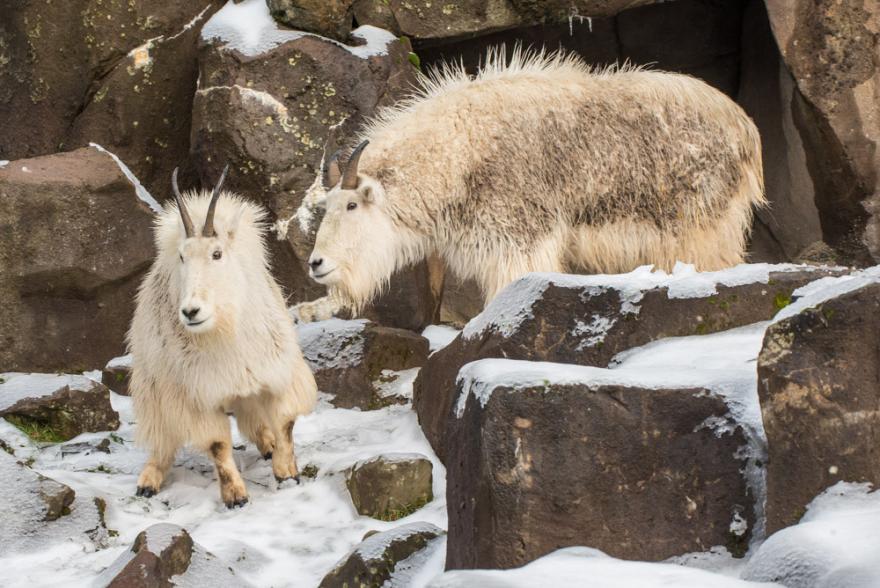 Mountain goats, a North American native, range from steep slopes at elevations up to 13,000 feet, to temperate forests at sea level in coastal British Columbia. As herbivores, they eat grass, herbs, lichen, moss and woody plants.

Their historic range was Southeast Alaska south to the Columbia River and east to the southern Yukon, Idaho and western Montana. After settlement of the West, their numbers declined due to hunting. Through the 1900s, goats were introduced for trophy-hunting east to South Dakota and south to Colorado and Utah. In their current range (historic and introduced areas), a 2003 study estimated total population between 75,000 to 110,000. 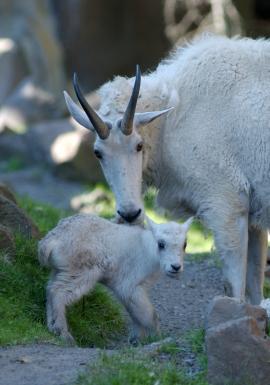 Mountain Goats, the Oregon Zoo and you

The zoo's mountain goat lives in the Cascade Crest exhibit.