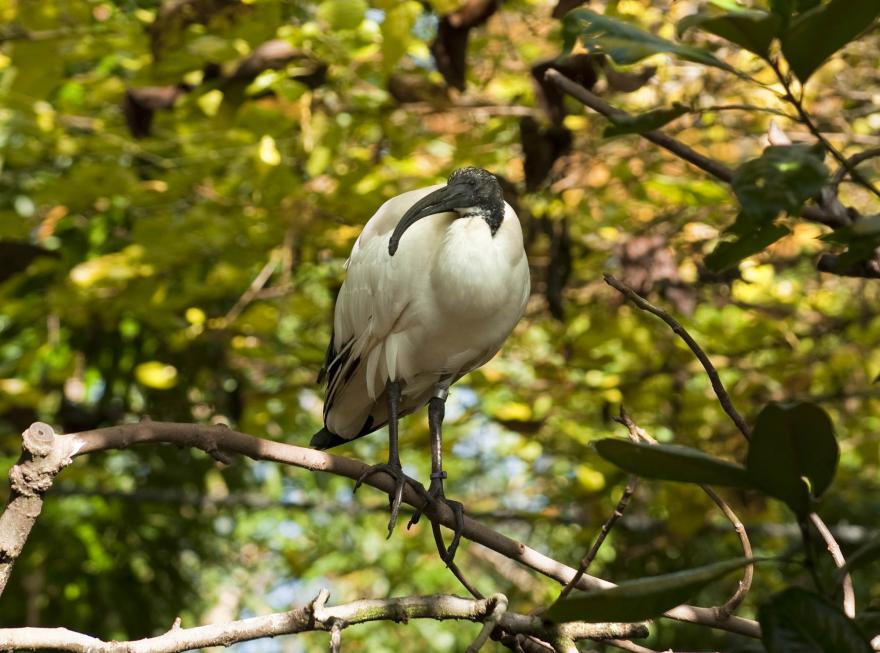 The sacred ibis lives throughout sub-Saharan Africa and Southeast Iraq. A living hieroglyphic, this species was venerated and often mummified by ancient Egyptians. Ibis mummies have been discovered buried alongside pharaohs.

Sacred ibis, the Oregon Zoo and you

The zoo's sacred ibis live in the Africa Rainforest Aviary.