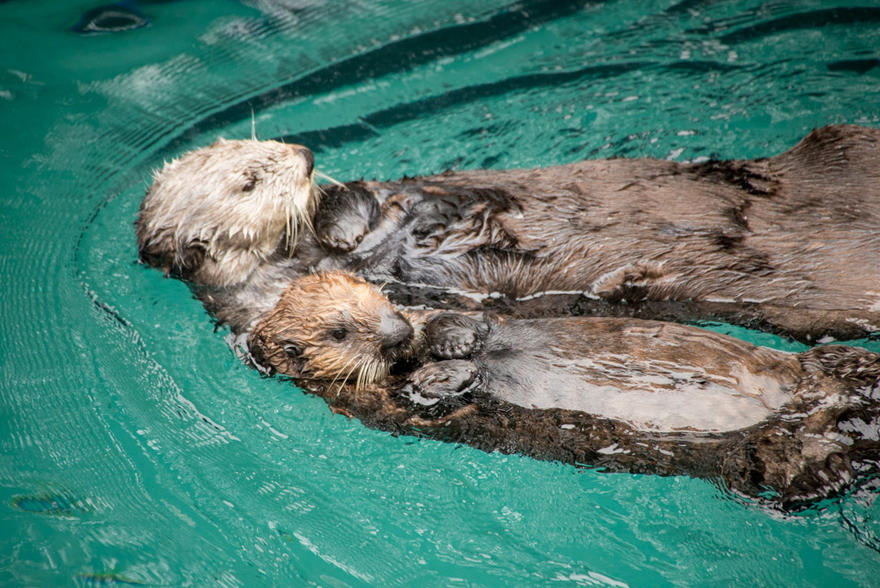 The life of a sea otter

Sea otters spend most of their time near the shore. They eat, rest, groom themselves, and breed in the water. They swim belly-up, moving through the water at 3-5 miles an hour with their webbed hind feet. They use their long, flat tails as rudders.

A sea otter dives for food, usually in water no deeper than 60 feet, but it can hold its breath for 5 minutes and dive to 300 feet or more if needed. It eats bottom-dwelling sea animals, including sea urchins, abalone, crabs, clams, and squid. Because its metabolism is 2-3 times the rate of other mammals its size, it needs to eat about 25% of its weight every day. 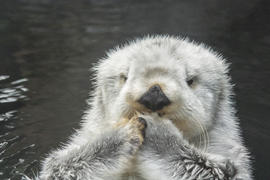 A foraging sea otter uses its front paws to find and capture prey underwater. Its whiskers help it to feel the movement of prey animals in murky water. It tucks its prey into one of the pockets of loose skin on the bottom side of each of its forelegs and carries it to the surface to eat. Floating belly-up in the water, it may use a rock as a tool to break open the shell to get at the meat inside. While it's eating, it rolls over and over in the water to wash away any food scraps.

Unlike most marine mammals, which have thick layers of fat to help keep them warm, the sea otter doesn't. Instead, it has very thick, 2-layer, water-resistant fur—the densest fur of any mammal in the world. Its short underfur has 1 million hairs per square inch. By comparison, we only have about 100,000 hairs in total on our heads! A top layer of long, waterproof "guard hairs" helps keep its underfur layer dry.

Staying warm is very important for a sea otter. If cold sea water reaches its skin, it can die of hypothermia. That's why, while resting at the surface, a sea otter will hold its front paws above the water surface and fold its hind feet up onto to its body to help conserve heat. It grooms itself almost continuously, doing somersaults, twisting, turning and rubbing its fur. All this activity traps air bubbles against its skin, which work as insulation.

Sea otter males usually mate with multiple partners in their territory; the female raises the pup on her own. Newborn pups are born with a thick coat of "baby" fur, and are so buoyant that they can't dive for food. The mother protects her pup from cold water by carrying it on her chest and grooming it constantly. When she dives for food, she leaves the pup floating above. She often wraps it in kelp fronds to keep it from floating away.

The pup begins to dive and forage when it's about 2 months old, though the mother nurses it for 6-12 months. Life is challenging for young sea otters—only 25% of pups survive their first year.

Wild otters live between 15 and 20 years.

Sea otters once lived all around the Pacific Rim. Hunted for their thick fur for 150 years, both the northern and southern subspecies were nearly wiped out by the turn of the 20th century.

How you can help sea otters

Sea otters are downstream from all human activity. That's why keeping cats indoors (or in a catio!) and disposing properly of their waste helps prevent the spread of disease to sea otter populations. The same goes for dog waste. You can also help sea otters by avoiding dumping oil and other toxins down storm drains.

Sea otters at the Oregon Zoo 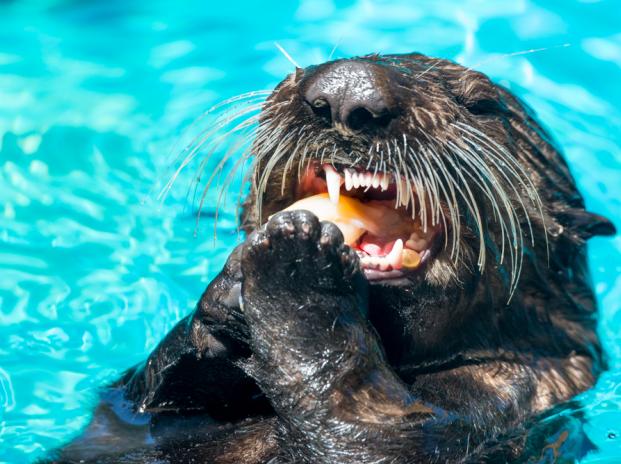 Juno is a female southern sea otter that stranded on the California coast as a pup in January 2014. Staff with the Monterey Bay Aquarium's Sea Otter Research and Conservation program arranged for the rescue of the pup and its transport to Monterey... 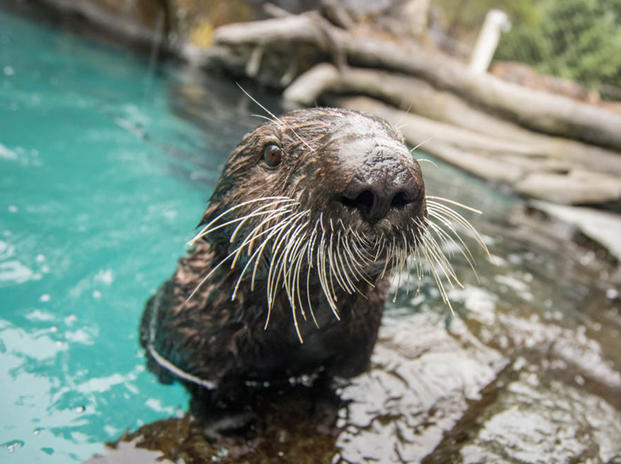 Lincoln is a male southern sea otter. He was born in October of 2017, and was stranded along the California coast when he was less than 2 weeks old. Monterey Bay Aquarium's Sea Otter Research and Conservation program rescued him. Because he wasn't able to be paired with a surrogate mom at the Aquarium, he came to the Oregon Zoo in December of 2017... 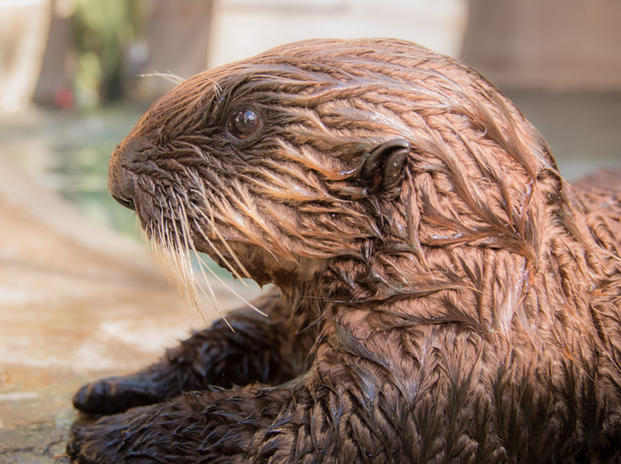 Uni Sushi is a female southern sea otter. She was found as a tiny pup stranded on a beach near Santa Cruz in 2018, and was brought to the Monterey Bay Aquarium's rescue and care program. Unable to be paired with a surrogate mom, she was eventually deemed non-releasable by the U.S...