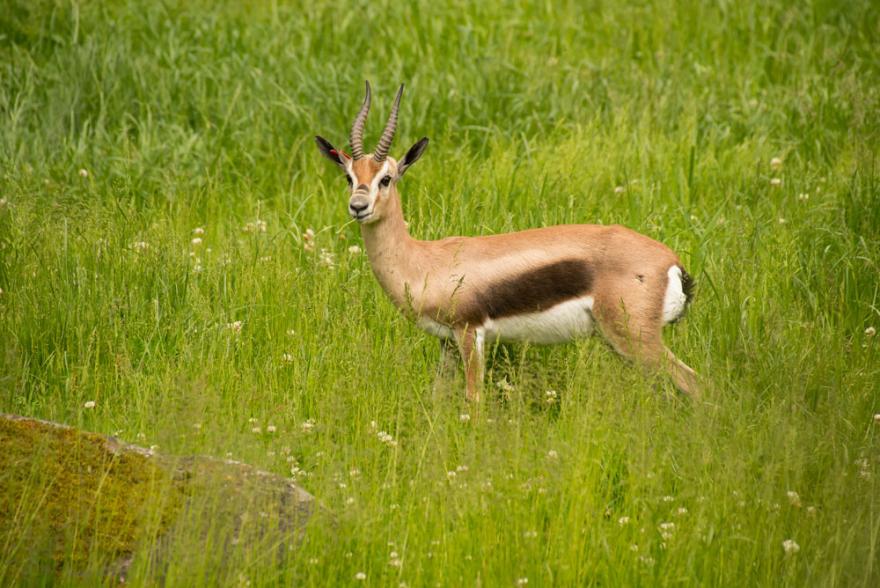 This gazelle's historic range is the Horn of Africa: on the Somali coast, inland to Ethiopia. It lives in stony brush, grassland and semidesert. It has been hunted to extinction in Ethiopia and is endangered in Somalia due to war, hunting and overgrazing. Gazelle are herbivores, eating herbs, shrubs and succulents.

This gazelle is named for John Hanning Speke, an English explorer. In the 1850s and 1860s he became famous for his search for the Nile River's source.

Gazelles, the Oregon Zoo and you

The zoo's Speke's gazelle live in the Africa Savanna exhibit. Their diet consists of herbivore pellets, grain and hay.

Speke's gazelle are losing their native habitat due to livestock grazing, drought and hunting.