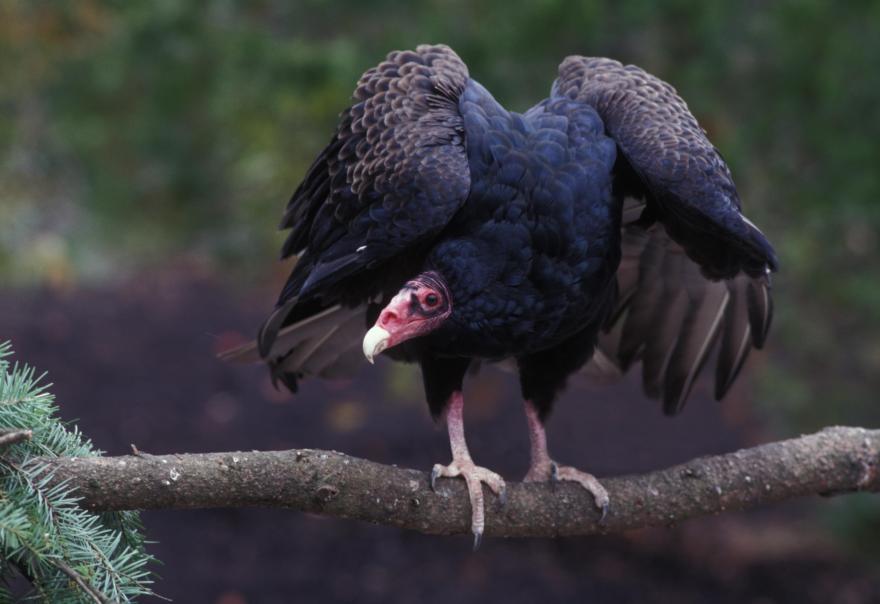 Turkey vultures range over most of North and South America, and the Caribbean. They inhabit grasslands, swamps, mountains and rainforests. They are carnivores.

Turkey vultures are protected under the 1918 Migratory Bird Treaty Act. They are not listed as endangered or threatened.

Turkey vultures, the Oregon Zoo and you

Clyde, a turkey vulture, is part of the zoo's Wild Life Live! show. Despite the name, Clyde is female. She was hatched in 1985 in the wild, but a well-intentioned man thought the nest had been abandoned and took Clyde home to raise her. (It is against the law to raise native birds without a permit.)

When released, it was clear Clyde had become too habituated to humans: she begged for food, chased dogs, followed children and poked holes in screen doors. So Clyde was brought to the Audubon Society of Portland and then to the zoo.