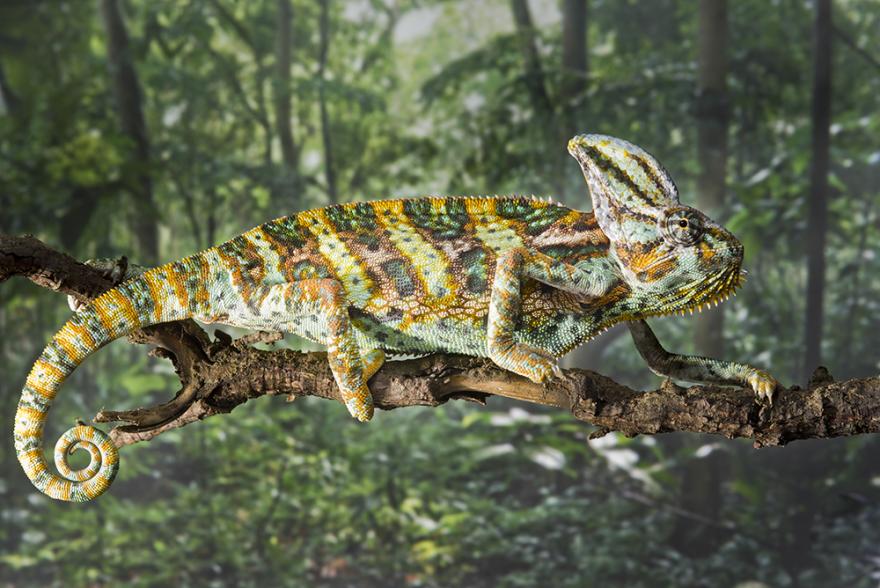 This kaleidoscopic, cone-headed lizard with swiveling eyes is native to the southwestern region of the Arabian Peninsula.

IUCN least concern. Veiled chameleons play an important role in their native ecosystem, but their expert camouflage ability, high rate of reproduction, tolerance of a wide variety of habitats and voracious appetites make them a dangerous and difficult-to-eradicate invasive species. Escaped or released pet chameleons pose threats to native wildlife in Hawaii, where state law prohibits importing and transporting a variety of exotic reptiles.

Veiled chameleons, the Oregon Zoo and you

You can see the zoo's veiled chameleon at the zoo's Predators of the Serengeti exhibit.