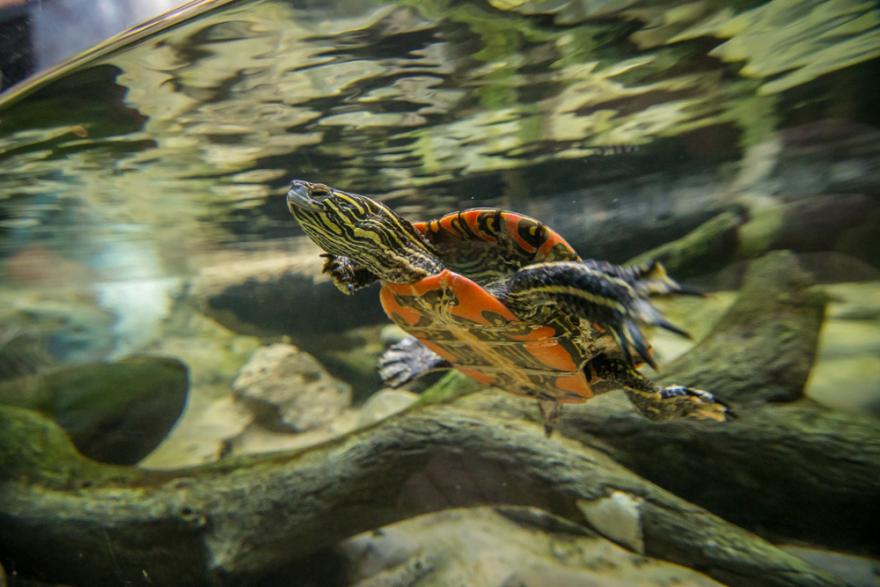 The western subspecies of painted turtles is found from western Ontario to British Columbia and south into the central United States. In Oregon, they're found mostly in the northern part of the state. They prefer slow-moving shallow water with dense aquatic vegetation, a muddy bottom, and lots of basking sites.

The life of a western painted turtle

As the name suggests, Western painted turtles are marked with bright colors of red, yellow and olive on their neck, head, tail, legs and lower shell. Like all turtles, they are ectotherms—their temperature depends on their environment. 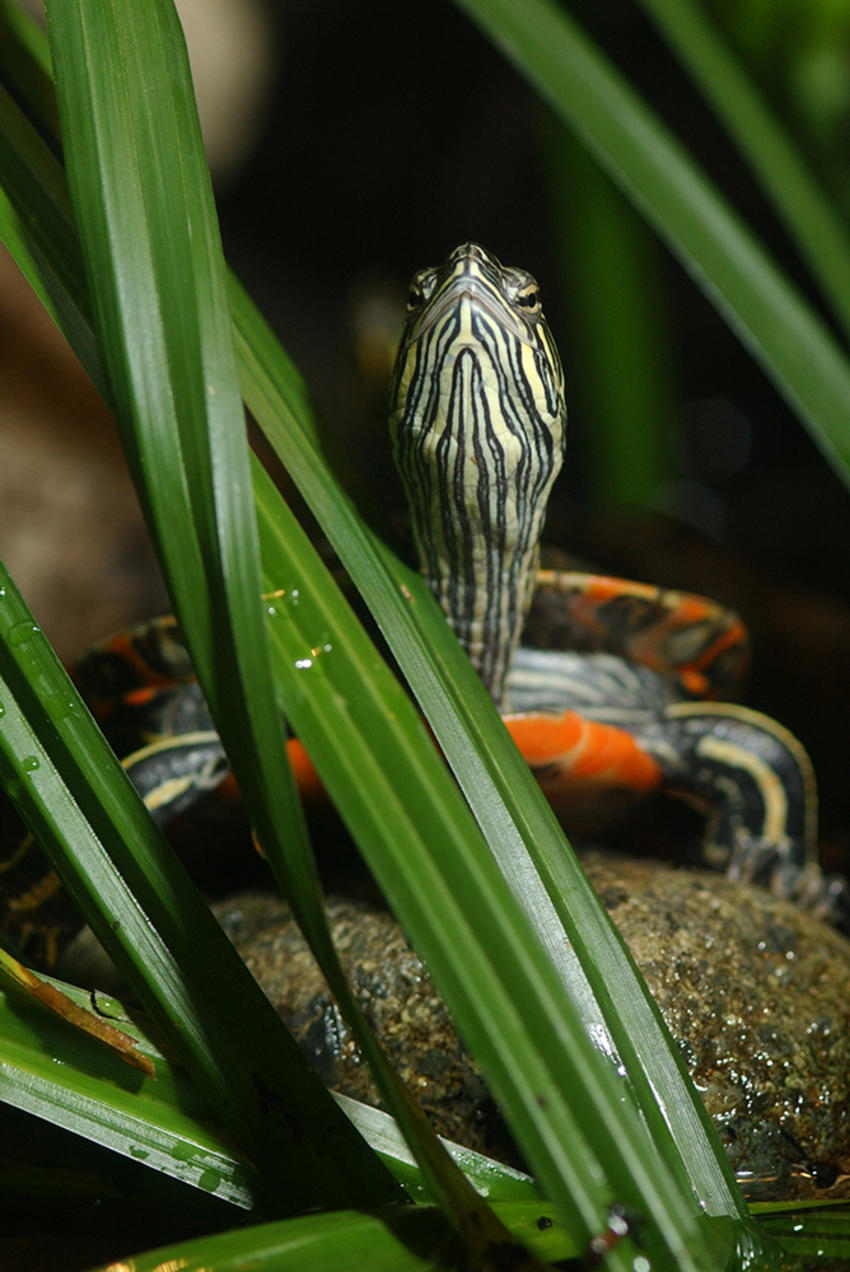 How to help turtles.

In warmer climates and during spring and summer, Western painted turtles spend the night sleeping on the bottom of the pond, and begin to become active around sunrise. They need to warm up, so they start the day by basking for several hours on logs, rocks or sand bars. As many as 50 of them might bask in the same place at the same time, sometimes with other turtle species.

In places where the water freezes in winter, Western painted turtles put on extra fat and gradually become less active. Eventually they burrow deep into the mud at the bottom of the pond, where their blood temperature drops to approximately the temperature of the surrounding water. They stay there until spring.

Western painted turtles will eat almost any plant or animal, alive or dead, but they prefer aquatic insects, crustaceans, plants and algae. They forage for food along the bottom of the pond, swimming with webbed feet as they flush prey out of hiding. To swallow, they need their head to be submerged.

Western painted turtles usually breed between March and mid-June. Females can store sperm, so a single clutch of eggs might be fertilized by several males. The female uses her hind feet to dig her nest in loamy or sandy soil in an open area within about 200 yards of water. She may dig several nests before she's satisfied with one of them. She lays 1 to 23 eggs in it, and when she's done, she drags twigs and other debris to cover the nest, then tamps down the soil. The eggs hatch about 10 weeks later. Turtle hatchlings are tiny, about the size of a quarter. Once they are out of their shells, they climb up to the surface and set out to find water. They seem to instinctively know which direction to go in.

Painted turtles are vulnerable to several predators, including raccoons, snakes, raptors and rodents. In Oregon, the main threat to them is the fact that the majority live in or near the urban environment. Since there are fewer suitable nesting places near cities, survival rates of hatchlings can be low. Adult females in particular are vulnerable to cars as they move from water to land for nesting, and the entire wild population is threatened by the indirect effects of pesticide use and other pollutants. Western painted turtle pets can also be a threat to wild turtles. If they are released into natural areas, they compete with the resident wild turtles and can transit disease.

Western painted turtles can be seen in the zoo's Cascade Stream and Pond habitat.