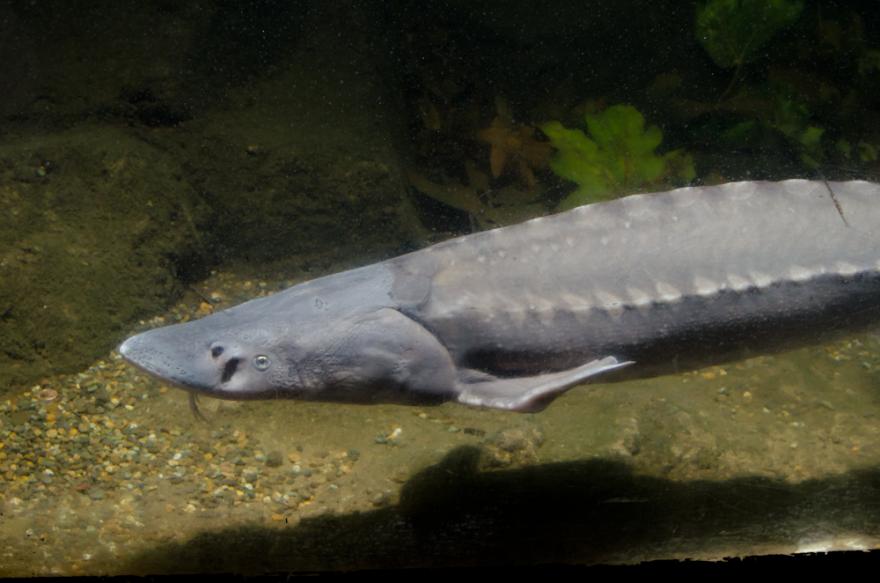 White sturgeon are large fish that range along the west coast of North America from California to British Columbia. White sturgeon from the lower reaches of the Columbia River are considered the most productive in the species' range.

White sturgeon are listed as least concern as a species, although the Kootenai River population was listed as endangered under the Endangered Species Act on September 6, 1994 by the U.S. Fish and Wildlife Service.

White sturgeon, the Oregon Zoo and you

You can see white sturgeon at the zoo's Eagle Canyon exhibit.

Metro's voter-approved Natural Areas Program has protected more than 90 miles of rivers and streams in the Portland region. Find out how Metro is working to conserve and restore habitat for native fish and other wildlife.