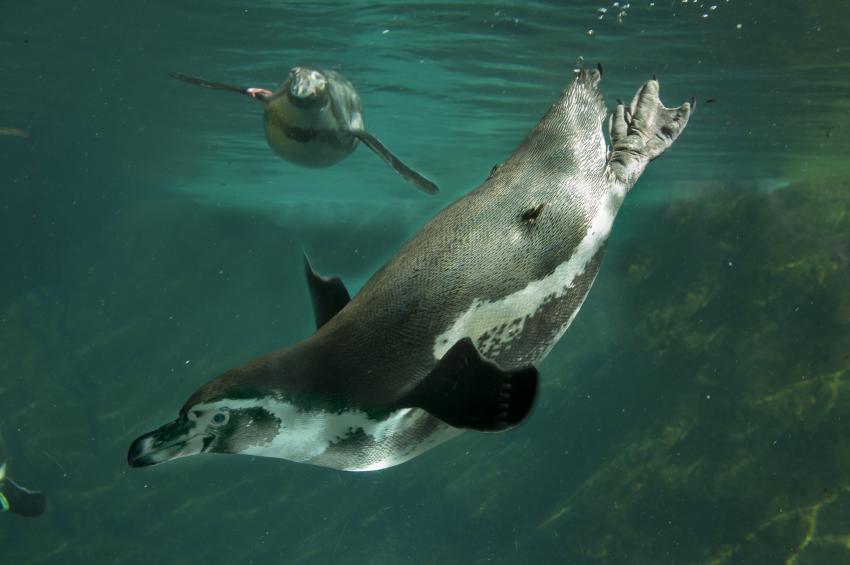 Penguins have oily feathers and eat fish. To keep their water clean and clear, the zoo historically filled, dumped and refilled their pool. In 2011, the zoo installed a new modern life support system that recycles water in the penguin pool and reduces water usage by more than 80 percent ­– that amounts to millions of gallons each year! The improved water clarity will make the exhibit nicer for both penguins and people.

This is one of the projects identified as high priority to be paid for by Oregon Zoo bond funds. Most of these projects focus on replacing or updating old buildings and equipment that prevent the zoo from moving to more sustainable practices. The Oregon Zoo's Penguinarium was built in 1959 and remodeled in 1982. It had an outdated water-filtration system that dumped millions of gallons of water each year into the city's sewer system. A constant flow of fresh water was required to keep the pool clean and free of scum that builds up from the oils in penguin feathers. Additionally, the 25,000-gallon pool was completely drained weekly for cleaning. 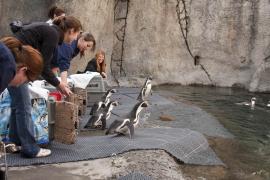 In order for workers to replace the system, the penguins had to take a small vacation. In October 2010, the polar bears agreed to move into their summer pool while the zoo's colony of Humboldt penguins moved in a "Penguin Parade" to their temporary quarters in the polar bears' winter pool where they have been enjoying themselves for the past year.

The project was completed in December, 2011 and worked perfectly, cleaning and circulating beautiful clear water. However, when keepers turned on the heating and air conditioning system in the Penguinarium in anticipation of the birds' return, they found it wasn't working properly and couldn't control humidity levels in the exhibit. In November, 2012, the Penguinarium reopened to the public with a new filtration system that saves seven million gallons of water each year. 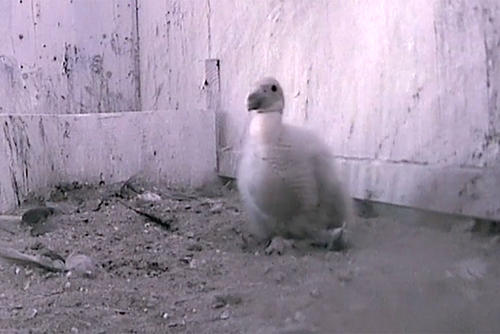 Ten fuzzy California condor chicks are squawking in their nests this spring at the Oregon Zoo's Jonsson Center for...