Packy, Oregon's most beloved elephant, is turning 50 years old April 14, and the zoo will celebrate his big day with a pachyderm-sized party featuring music, games, and cake for humans and elephants alike. Packy's party will also commemorate his place in history – in 1962, Packy became the first elephant to be born in North America in 44 years, and he's held a special spot in his fans' hearts ever since.

Everyone will get a chance to see Packy get his cake at 2 p.m. with multiple viewing stations, a large projector screen and other screens throughout the party area.

Double MAX discount: Ride transit to the party and receive a double-discount of $3 off each ticket with each proof of ridership.

Packy won't be the only one to get a birthday treat at the zoo this April 14. Visitors born on the same date as Packy, April 14, 1962, will receive free zoo admission for themselves and a guest on the day of Packy's party. People turning 50 this year will receive 50 percent off admission for themselves and a guest, as will people born on April 14 of any year. Proof of birth date (government-issued ID) required.

Watch a Packy video on OregonLive

Some people believe in birthday weeks, but the zoo is going all-out and devoting an entire month to Packy's 50th. Start celebrating Packy's birth in mid-March at the zoo and a variety of local institutions – KGW NewsChannel 8, Portland-area libraries and Paddy's (soon to be Packy's) Bar & Grill are all getting in on the fun.

Monday, March 12 to Saturday, April 14, 2012
Submit an original poem, song, video or picture as an ode to Packy for a chance to win! Five finalists will each receive four tickets to Packy's birthday party on April 14, and one grand-prize winner will get to deliver Packy's cake to him. Submit your entry on the zoo's Facebook page.

Tuesday, March 27 to Saturday, April 14, 2012
Download a "Flat Packy" image and submit your most creative pictures with it at KGW NewsChannel 8's website. Five finalists will each receive four tickets to Packy's party on April 14, and one grand-prize winner will get to deliver Packy's cake to him.

Sunday, April 1 to Sunday, April 15, 2012
65 SW Yamhill St., Portland
To commemorate Packy's big day, Paddy's Bar & Grill will be renamed in the elephant's honor. Stop in for a pint of Packy's Pale Ale or Packy's Porter, made by BridgePort Brewing Company. During special Packy Hours, a portion of proceeds will be donated to support elephant care at the zoo.

Friday, April 13, 2012
6 to 9 p.m.
Oregon Zoo Cascade Crest Banquet Center
Enjoy a fabulous meal paired with wine while listening to the preeminent international expert on Asian elephants, the zoo's own Mike Keele. He'll share stories about Packy and present the history and future of elephants at the Oregon Zoo.

Take the kids to a special elephant story time! Kids can listen to elephant stories, learn more about the animals, get a pair of Packy ears to wear, and enter to win tickets to Packy's birthday party on April 14.

Getting to know Packy

Elephants at the Oregon Zoo: A history 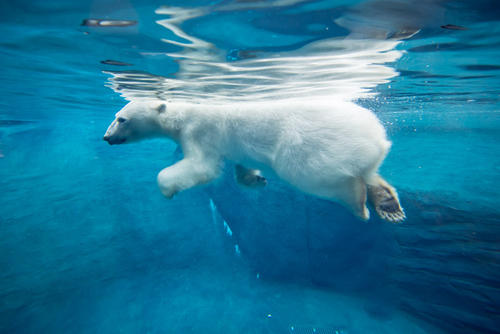 Nora has been beta testing the “Burr on Fur” — a prototype tech innovation designed by 3M in partnership with Polar...