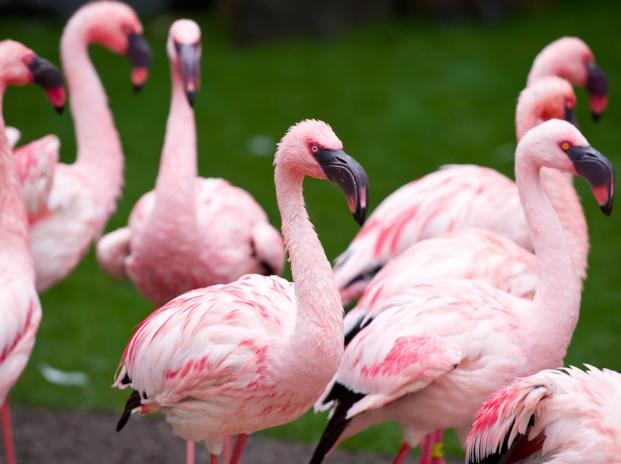 As spring break nears, flamingos are set to 'flock this way'

No need to book that trip to Miami: For spring break this year, locals can get their flamingo fix at the Oregon Zoo. This morning, 21 lesser flamingos waded into the newly remodeled Africa Rainforest aviary, where the pink birds can be seen by zoo visitors starting March 23. 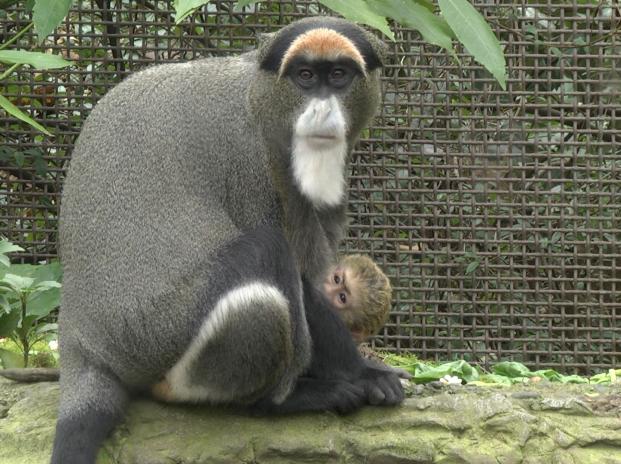 A baby De Brazza's monkey was born at the Oregon Zoo over the weekend. Late-night keepers first saw the new arrival around 10:30 p.m. on Feb. 24. The mom, 22-year-old Brooke, has been keeping her newborn close, and the zoo's animal-care staff has yet to determine the baby's gender. 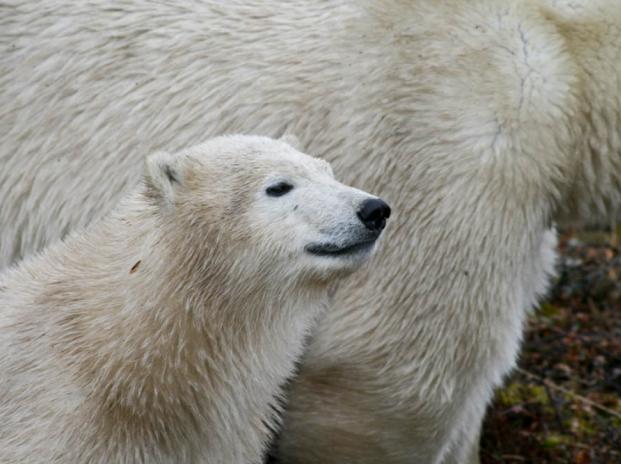 Although the world's largest land carnivore is capable of devouring nearly anything it encounters — from whales to lemmings — it cannot survive indefinitely without seals. To hunt seals, polar bears depend on sea-ice. But as climate change keeps the Arctic ice-free for increasingly longer periods, the predators are struggling to find enough prey, and data shows that a single year of prolonged warmth could spell disaster for entire sub-populations of the species. Now, an international team of experts is urging wildlife managers to devise game plans for dealing with the inevitable: a mass polar bear starvation event. 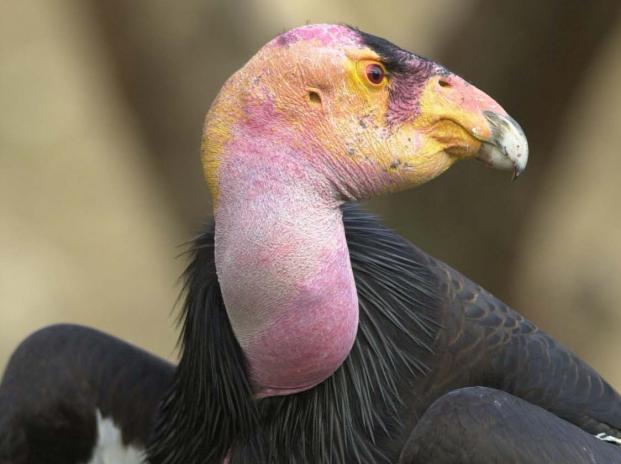 California condors are laying the groundwork for species recovery one egg at a time. The first three eggs of the 2013 breeding season arrived at the Oregon Zoo's Jonsson Center for Wildlife Conservation over the past week. Malibu laid the first egg Feb. 14, Ojai laid the second yesterday afternoon, and Squapuni laid the third this morning. 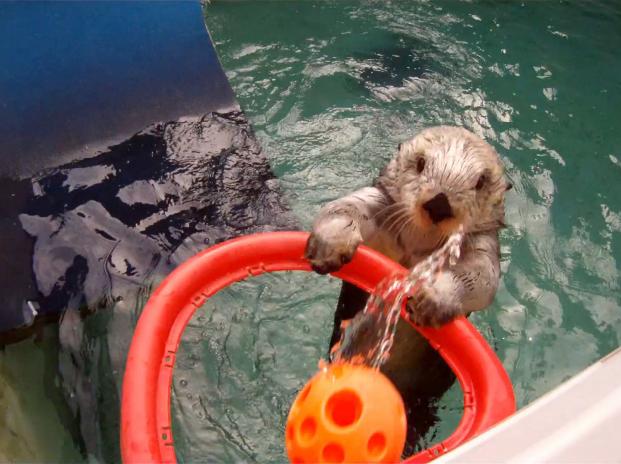 Trail Blazers' rookie Damian Lillard isn't the only local hoops star to make a splash this season. Oregon Zoo marine life keepers say Eddie the sea otter can dunk with the best of them and just might have the highest shooting percentage in town. 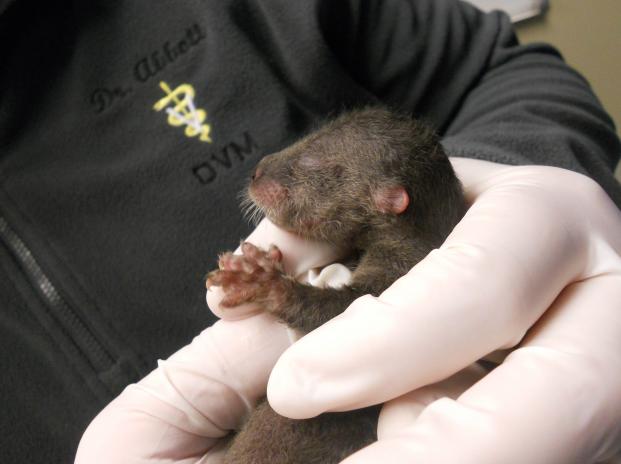 Look out, Lily: A 12-ounce newcomer is eyeing your title as the Oregon Zoo's most adorable baby. Or at least he will be, once he opens his eyes. Tilly, one of the zoo's two North American river otters, gave birth to a male pup Jan. 28 — the first river otter to be born at the Oregon Zoo. The new arrival weighed just over 4 ounces at birth and has already tripled that due to his mother's naturally high-fat milk. Keepers have yet to decide on a name for the pup, though it is likely he will be named after a local river or waterway. 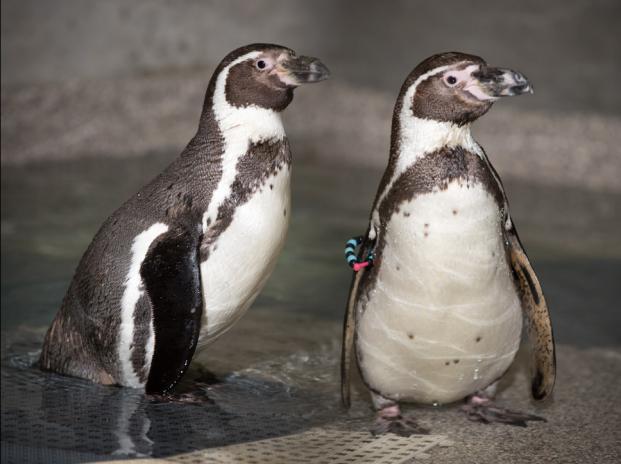 A smartly dressed young couple has moved in at the Oregon Zoo just in time for Valentine's Day. Two young Humboldt penguins, Luna and Milo, arrived last month from the Roger Williams Park Zoo in Providence, R.I., and have now joined the 16 other penguins in the zoo's penguinarium. 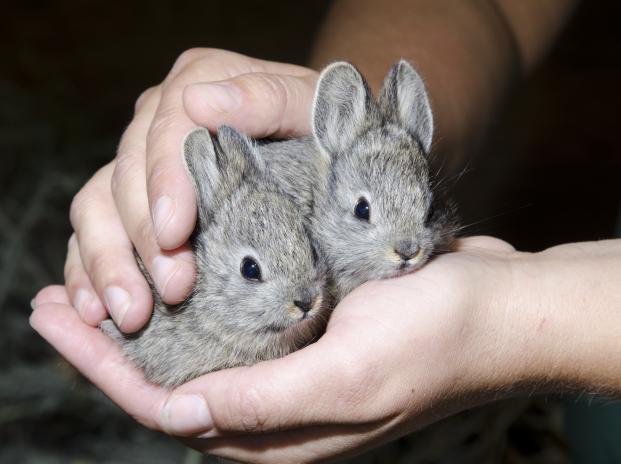 Coaxing endangered Columbia Basin pygmy rabbits into "breeding like rabbits" has never been simple. But a recent breakthrough at the Oregon Zoo suggests the secret to rabbit chemistry lies in the right matchmaking service. Now, the mate-compatibility research may prove beneficial for another unlucky-in-love endangered species: the giant panda. "The panda is the world ambassador for all endangered species," said Meghan Martin, the Oregon Zoo research associate who led the study. "If our research with pandas shows similar findings to what we've seen in pygmy rabbits, it will be a very big deal for the zoo breeding world." 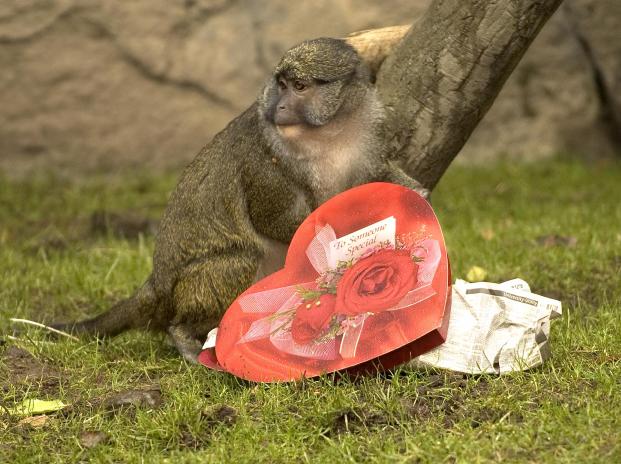 Love is in the air, treats in store for zoo animals on V-Day

Roses are nice, chocolates are too, but animals crave other treats at the Oregon Zoo. Keepers will spread the love Thursday, Feb. 14, delivering some nontraditional Valentine's Day gifts to the zoo's primates, marine mammals and cougars. 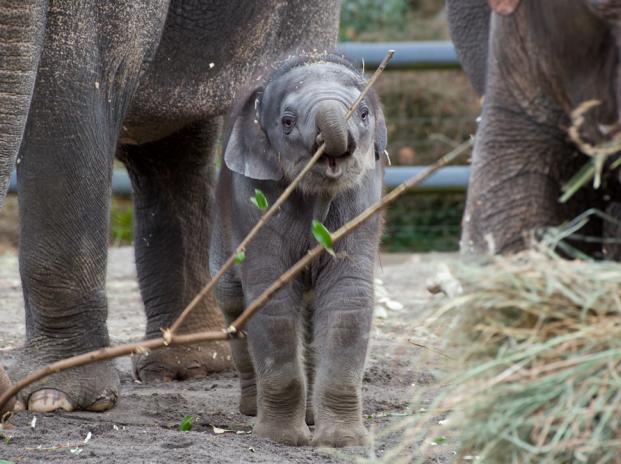 The Oregon Zoo has it in writing: Lily the elephant is here to stay. In an agreement finalized today, the zoo assumed legal ownership of Rose-Tu's new calf from Have Trunk Will Travel, the California-based company that had previously held rights to the young elephant. "Lily's living arrangements were never in question," said Kim Smith, zoo director. "But this makes it official: Lily will live her life with her family herd, the way elephants should."