What has seven trunks and hops? Zoo Brew at the Oregon Zoo 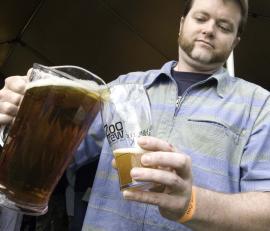 On the evening of June 1, the Oregon Zoo concert lawn will be transformed into a hub for artisan beer and cider, regional music, fun workshops and activities – all to benefit the zoo programs and animals. The reason behind this transformation? Zoo Brew, the annual fundraising event hosted by the Oregon Zoo Foundation.

This year marks the sixth for Zoo Brew, which raises funds for the zoo's animal welfare, conservation and education efforts. Like many things made with alcohol, it has only gotten better with age. Sponsored by SELCO Community Credit Union, this year's event features more than 60 regional beer and cider choices – including BridgePort's commemorative Packy Porter, brewed in honor of the famous pachyderm's 50th birthday this year – and live music from Seattle party band Cool-Ade.

"Zoo Brew is the perfect way to kick off the summer, try something new and support a great cause," said Beth Smith, events organizer for the Oregon Zoo Foundation. "We have some of the best breweries and cideries around, great entertainment and fun workshops, so there is something for everyone."

The festival runs from 5 to 10 p.m. on the concert lawn, rain or shine. In addition to the music, attendees can play carnival-style games with prizes, vote for the best brew, and stroll through the zoo to check out animals (exhibits stay open until 7 p.m.).

The brew-curious can participate in any of five workshops, including "Debunking beer myths," which focuses on beer basics, myths surrounding beer and getting the most out of your festival experience, and "Wild brew: exciting styles and additions," which covers beer ingredients and crazy additions. Workshops are included in ticket price. 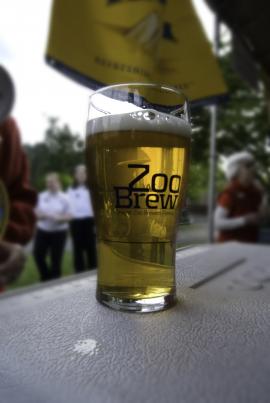 Tickets to Zoo Brew are $30 if purchased before May 15, and $35 after that. Oregon Zoo members receive a discount, redeemable with an access code sent via email. All ticket prices include a commemorative tasting glass, 10 tokens and admission to the zoo after 4 p.m. Only guests 21 and over will be admitted, and all use of tobacco will be prohibited, following Metro's tobacco-free policy.