ZooTeens take off to the Great White North Sept. 30 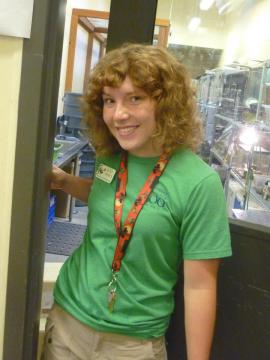 Gresham High School senior Haley Schaeffer, along with three Beaverton students known as the Conservation Crew, will be heading to the Canadian tundra this weekend for a weeklong teen leadership camp sponsored by Polar Bears International, the world's leading polar bear conservation group.

The Oregon Zoo selected Schaeffer as its 2012 representative in PBI's "Arctic Ambassador" program, based on her past outreach and community involvement. She will join 15 other teens from across the United States, Canada and Australia at the camp, which takes place in and around Churchill, Manitoba, Canada.

"Participants will spend a week in Churchill, the polar bear capital of the world, during the fall polar bear migration, where they'll learn about polar bears, climate change, and how each of us can help," said Kathryn Foat, PBI's vice president of conservation education and stewardship strategies. "They'll return home to inspire others with their conservation message."

The experience will include several nights at the Tundra Buggy Lodge, with polar bears just outside. Despite the remote location, participants will stay connected with the rest of the world through blog posts on the PBI website. Participants learn how to create carbon-reduction programs in their communities and to inspire public involvement.

Also leaving for Churchill this weekend: the Beaverton-based Conservation Crew — a team of three Oregon Zoo teen volunteers plus a staff adviser — who earned their passage by taking grand prize in PBI's Project Polar Bear contest earlier this year. The annual contest challenges young people across the nation to design and carry out projects that reduce the carbon-dioxide load in their communities. 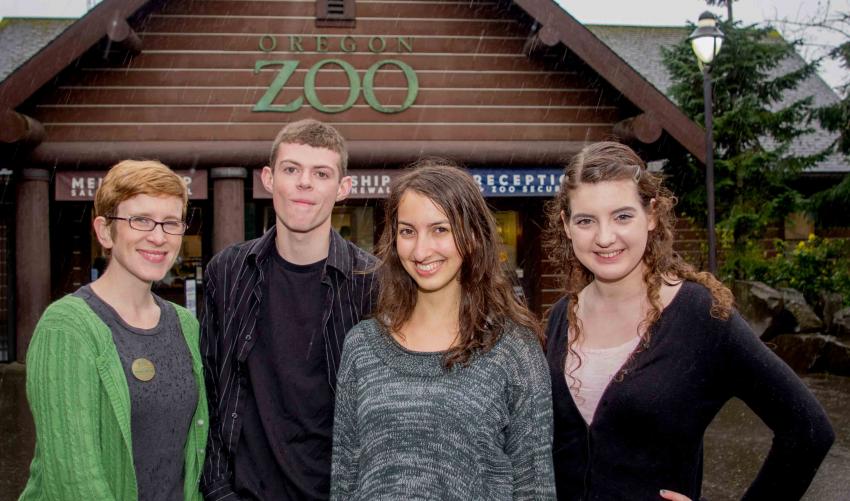 For their project, the Conservation Crew — Lindsay Sadlou, Genevieve Warner (both graduates of Beaverton's Arts and Communication Magnet Academy) and Jack O'Neil (a sophomore at Westview) — gave energy-saving presentations to elementary school classes, encouraged local businesses to recycle, and promoted Fork It Over, a Metro program that helps businesses with surplus food connect with local food-rescue agencies. The team estimates their ongoing projects will save 115 tons of carbon and nearly 400,000 gallons of water per year.

Accompanying the teens to Churchill will be Oregon Zoo youth volunteer coordinator Amanda Greenvoss, who served as staff adviser for the Conservation Crew and manages the ZooTeens volunteer program.

"This will be a life-changing experience for all of us," Greenvoss said. "Working with renowned scientists and studying polar bears in the wild is something few people get the chance to do."

The Oregon Zoo was invited to send a representative to PBI's leadership camp because of its role as a PBI Arctic Ambassador Center. These centers educate the public about polar bears and climate change and play a leadership role in inspiring carbon reductions in their communities. They include more than 50 leading zoos, museums, science centers and aquariums in the United States, Canada and Europe. 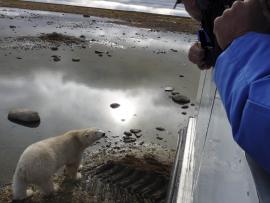 "If we're serious about conserving polar bears and their ecosystem we need to act quickly," Foat said. "Our leadership camp graduates play an important role in inspiring people to make lifestyle changes that become part of a larger stewardship ethic."

Polar Bears International is a nonprofit organization dedicated to the worldwide conservation of the polar bear and its habitat through research, education and stewardship. For more information on PBI, its leadership camps and the Project Polar Bear contest, visit www.polarbearsinternational.org.