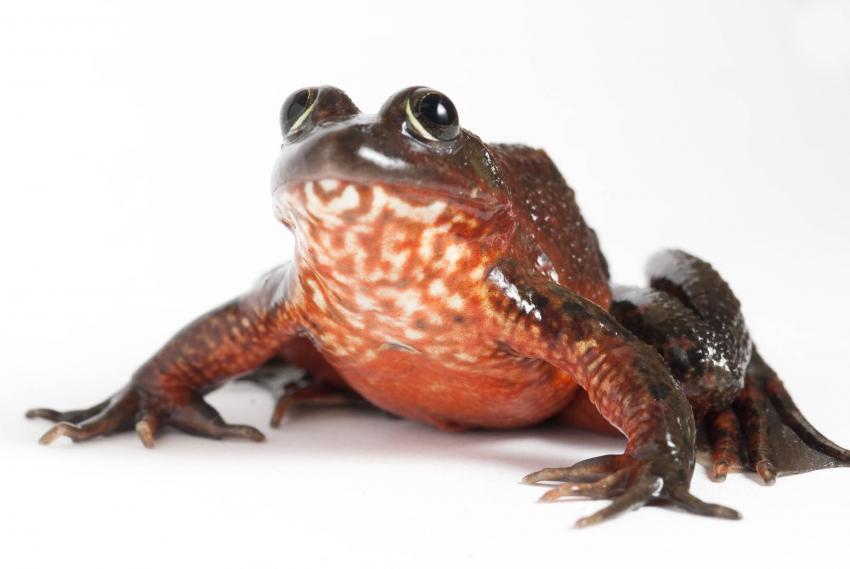 Zoo is honored by peers at national gathering of zoos, aquariums

The Oregon Zoo received three prestigious awards from colleagues at zoos and aquariums across the country Wednesday — two for conservation work on behalf of imperiled Northwest species plus a special Green Award for environmental efforts in its day-to-day operations. The awards were announced in Phoenix Wednesday at the Association of Zoos and Aquariums' annual conference.

"These awards are like the Oscars of zoos and aquariums," said Kim Smith, zoo director. "They not only recognize the Oregon Zoo's commitment to wildlife and the environment, but show that we have earned the respect of our peers in the zoo and aquarium world. We are very, very proud."

The zoo, along with its conservation partners at the Woodland Park Zoo and Northwest Trek, earned "top honors" in the AZA's North American Conservation Awards category for the collaborative Oregon spotted frog reintroduction project. The award recognizes "exceptional efforts toward regional habitat preservation, species restoration and support of biodiversity."

"Oregon spotted frogs are disappearing from the wild at an alarming rate," Smith said. "Along with our conservation partners, we hope to boost the Pacific Northwest's spotted frog population and reverse the damage done by loss of habitat, invasive predators and the chytrid fungus. Butterflies like the Oregon silverspot pollinate plants, so ensuring their survival helps protect entire ecosystems. It's gratifying to know that the zoo and its conservation partners have made significant strides in the recovery of these species."

For more information on the zoo's recovery efforts on behalf of Oregon spotted frogs, Oregon silverspot butterflies and other species, visit our species recovery and conservation page.

The Oregon Zoo was also honored with the AZA's Green Award, recognizing "significant achievement" in reducing the environmental impact of its day-to-day operations.

In 1991, the zoo became one of the first AZA institutions to establish an in-house "Green Team" — a group of staff members that reviews programs and operations with an eye toward sustainability and conservation. The zoo has since expanded its recycling and composting programs to the point where nearly 80 percent of all solid waste is diverted from landfills. New animal habitats, a veterinary medical center and a new education center all are guided by a 20-year master plan that aims to reduce the zoo's environmental impact while increasing awareness among visitors.

"If we want a better future for wildlife, it's crucial for us to conserve natural resources now and make sure all of our operations are environmentally sustainable," Smith said. "It makes sense for the zoo to walk the walk, and be a model of green operations in the community."