Pachyderm Pending blog: It takes time to make an elephant 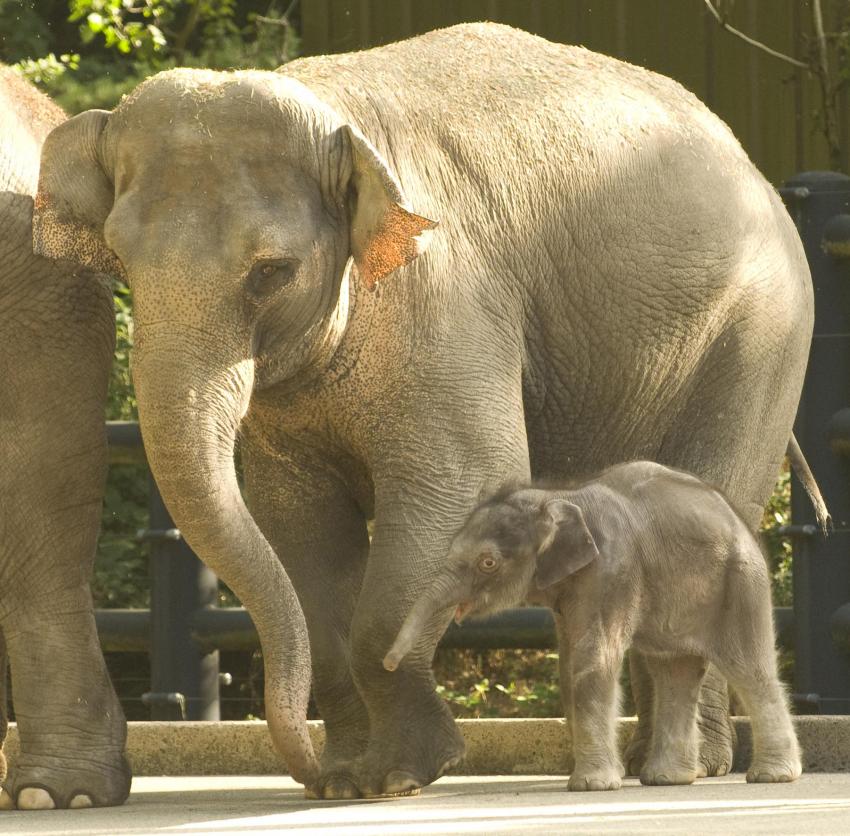 Nothing is quick or easy about elephant reproduction — at least, not for the mother to be.

Elephant cows reach sexual maturity at age 11, their peak fertility occurs anytime between the ages of 25 and 45, and they typically give birth to a single calf once every four years. This all adds up to the slowest reproductive rate of any living mammal. 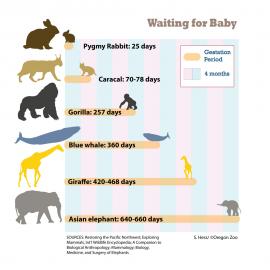 An elephant calf typically weighs around 220 pounds at birth, which is 3 to 4 percent of an adult elephant's weight. The young of other herbivores like horses and cattle are proportionally larger — around 7 to 10 percent of their mother's body weight.

In 2011, a research team led by Dr. Imke Lüders from the Institute of Zoo and Wildlife Research in Berlin set out to solve this mystery. To do so, they took a microscopic approach to ultrasound, focusing not on the developing calf, but the biological system that maintains pregnancy.

All pregnant mammals produce a hormone called progesterone, which controls the cataclysmic rejiggering of the body required to support a pregnancy. A temporary gland in the placenta called the corpus luteum produces that hormone. Later, the placenta itself takes over production.

"Humans have one corpus luteum, a dog with six pups will have six corpora lutea," Dr. Lüders said. "Elephants carry only one fetus, but have 11 of these corpora lutea."

The research revealed a biological system unique to pachyderms. Elephant mothers have developed the means to produce multiple corpora lutea before ovulation, essentially stockpiling progesterone factories to get the mothers through the long-haul pregnancy.

"Elephant mothers have a huge investment in their offspring, dedicating four to six years of nurture in their young after the near two-year pregnancy," Dr. Lüders said. "Only when an egg has successfully implanted in the uterus — only when the pregnancy is sensed as viable — are the hormone factories reset and the marathon gestation begun."

Still, elephants can't lay claim to the longest gestation in the animal kingdom. The Alpine salamander gives birth to twins after two to four years of gestation. And the frilled shark, a living fossil of the deep sea, may carry its young for an epic 42 months of pregnancy.