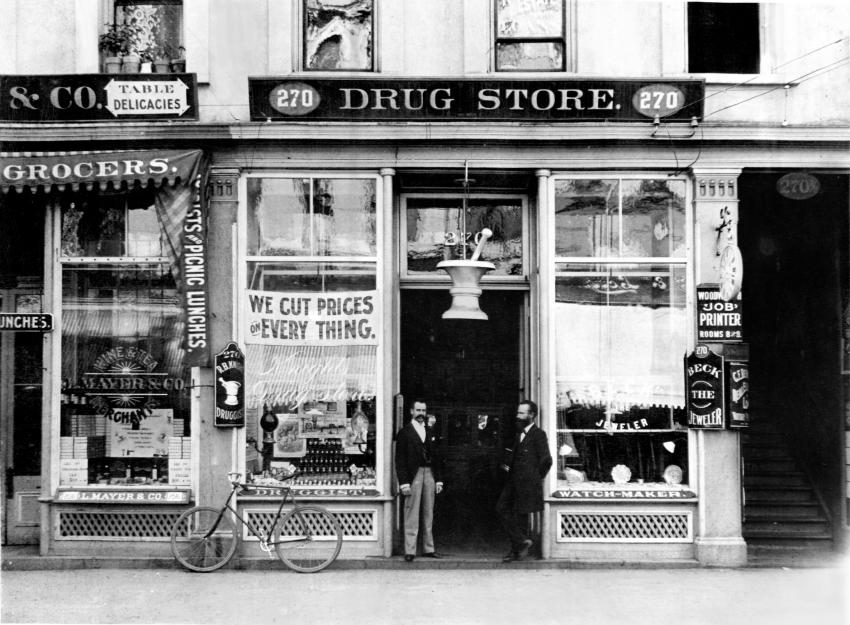 The Oregon Zoo turns 124 years old today, and staff members are already planning celebratory events for the months leading up to next year’s 125th anniversary.

“It’s quite an impressive milestone we’re coming up on,” said Kim Smith, zoo director. “This zoo has been community supported since 1888 — a time when there were no cars, no planes and only 38 states in the union.”

Heading into its “quasquicentennial” — a fancy word coined by Funk & Wagnalls editor Robert L. Chapman in 1962, the year the zoo’s iconic Asian elephant Packy was born — the zoo will partner with other local institutions to celebrate its roots in the community. Among plans for the coming year is a collaborative exhibit with the Oregon Historical Society, which will trace the zoo’s progress from a small collection of exotic animals at a downtown Portland pharmacy to a national leader conservation, education and animal welfare.

It all began with a “she grizzly.” In 1882, Englishman Richard Knight moved to Portland and set up shop as a pharmacist near the docks along the Willamette River. Knight’s pharmacy gained a reputation as a place where sailors could unburden themselves of animals they’d acquired on their travels. Parakeets, monkeys and other small animals formed a menagerie of orphans in the back of Knight’s pharmacy on Morrison Street near the corner of Fourth Avenue. Two bears — one a grizzly — were staked in a vacant lot next door.

By 1888, the care of a business, four young children, and perhaps an increasingly exasperated wife prompted Knight to write to the mayor of Portland: “I have brought to this city and have for sale two bears, one young male brown, and a she grizzly, which latter is said to be with cub. They are gentle, easily cared for, and cost but a trifle to keep, and knowing they would prove a great source of attraction to the city park, would like an offer for them before sending elsewhere.” 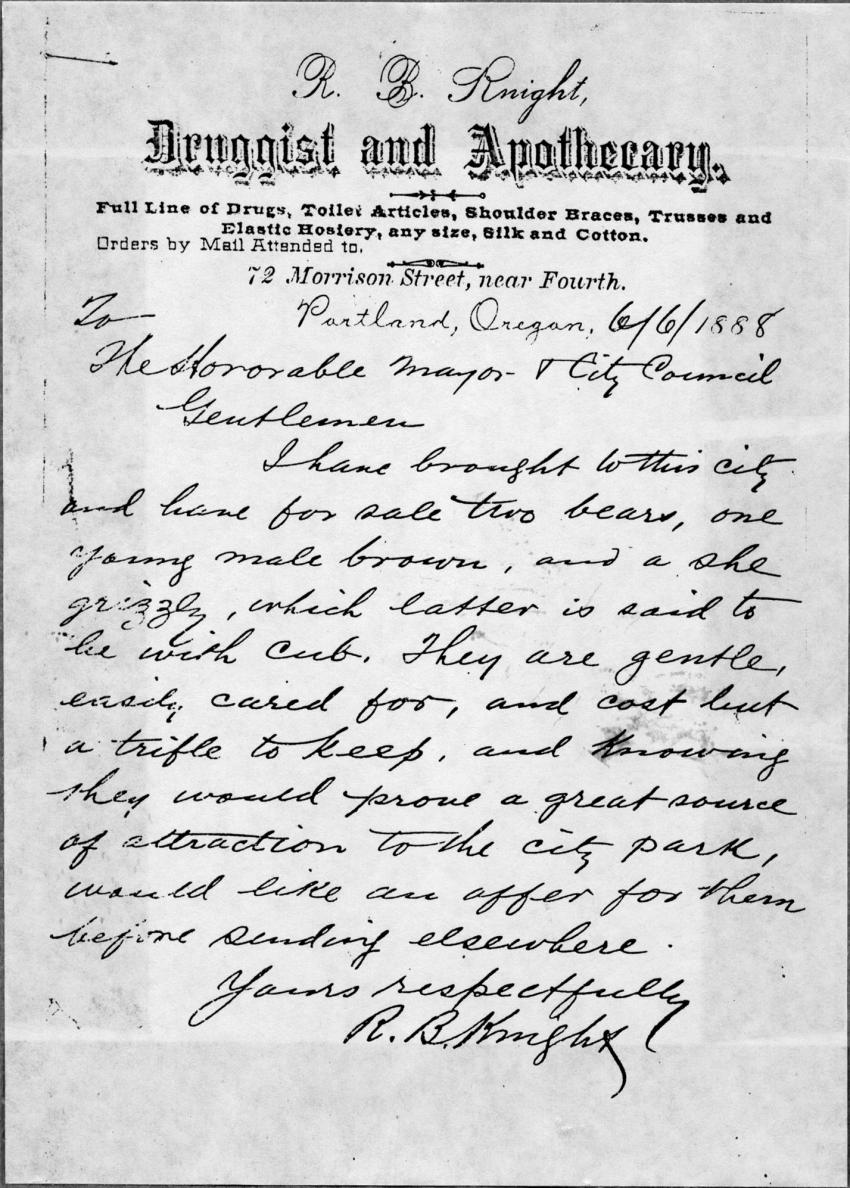 The city, no doubt skeptical about some of Knight’s assertions, countered with an offer of two circus cages, which the pharmacist would be allowed to place on the grounds of City Park (now Washington Park). He did that, setting them not far from the park entrance at what is now NW 24th Place and West Burnside Street. Care and feeding of the bears, however, remained with the Knight family and friends.

It wasn’t long before Knight came back to mayor, this time with a slightly better proposal: an outright gift of the grizzly (the fate of the other bear is unknown). Portland’s city council accepted the offer on Nov. 7, 1888, and the Portland Zoo — now known as the Oregon Zoo — was born.

From one “she grizzly” to a world-class center for wildlife preservation and field research, the zoo ’s 124-year journey has seen vast leaps in zoological knowledge and animal enrichment, and an increasing focus on sustainable operations, wildlife education and conservation.