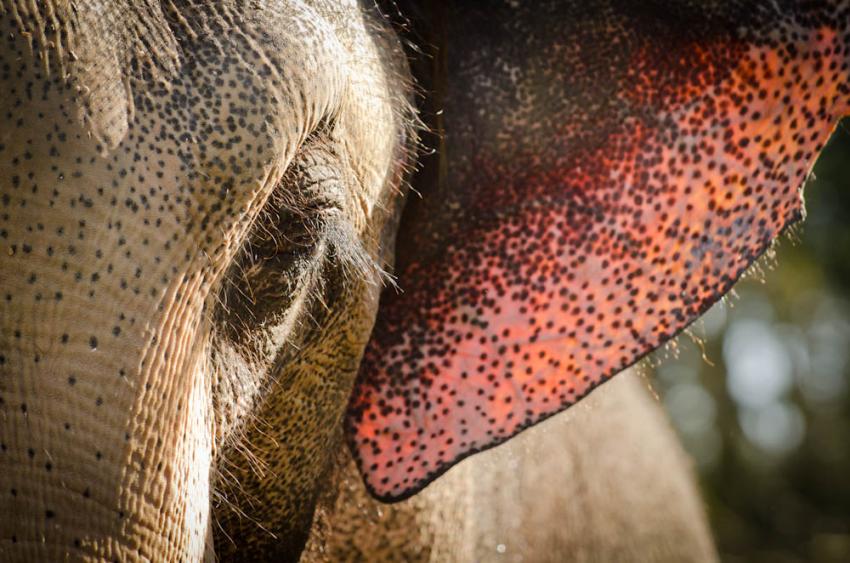 We share 5,000 years of cohabitation with one of the largest and most intelligent life forms on earth.

We also share remarkable similarities — from complex family lives to intense emotions. It's no wonder elephants have always held a special place in the human imagination.

At the Oregon Zoo, elephants have inspired awe for more than half a century. Groundbreaking research and international conservation projects supported by the zoo have profoundly enriched our understanding of this creature. Now, a world-class elephant habitat, Elephant Lands, sits on the Oregon Zoo's horizon.

Our elephant conservation projects span the globe — from Borneo to Washington Park — in support of a single cause: creating a future for elephants. The foundation of this work has always been our own elephant herd. And that herd would not exist were it not for breeding.

Why is it important for elephants to breed?

Breeding is a valuable component of an elephant's behavior and helps form family bonds. In the wild, the core of elephant society is made up of mothers and offspring. Elephants' social structure is based on nurturing and protecting the young members of the herd. 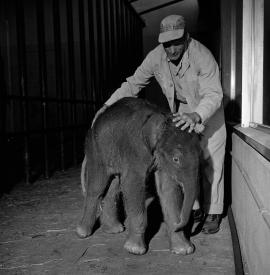 Elephant mothers invest a great deal of time into their offspring. At 22 months, they have the longest gestation period of any mammal. Like many other animals, elephants that undergo repeated sexual cycles without becoming pregnant may eventually develop pathologies and become infertile.

"The social dynamic of herd life does affect them physiologically," said Mike Keele, director of elephant habitats for the Oregon Zoo. "Simply put, elephants are healthier when they experience the full spectrum of elephant life."

In 1985, Keele and others developed a species survival plan to manage North America's zoo elephants. Their goal — a healthy, sustainable, genetically diverse elephant population that would ensure North American zoos always had elephants without needing to procure them from the wild.

The plan set standards for both breeding management and issues such as diet, foot care, general health, and exercise for every accredited zoo that houses elephants.

"As a society we need to rethink what animal welfare means," Keele said. "Whether an animal lives in a zoo or the wild, it has the same welfare needs. If something is taken away from a wild elephant, be it habitat or a family member, that elephant's welfare is affected. Likewise, if important life experiences like courtship and breeding are taken away from our elephants, they may be adversely affected. If we don't know how it will affect them, we err on the side of providing what they experience in the wild." 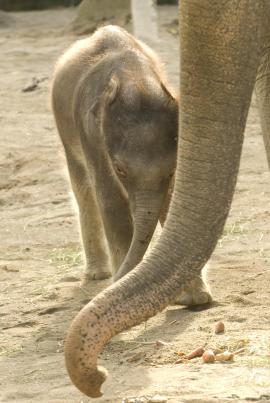 Caring for elephants allows the Oregon Zoo to monitor behavior and conduct research in ways that aren't possible in the wild.

With 27 births over the past 50 years, the Oregon Zoo has become an authority on elephant reproduction, and has contributed profoundly to the conservation community's understanding of elephant reproductive science. In Southeast Asia, more than 12,000 elephants live in human care. A further 35,000 are believed to roam the wild and that number is declining. Range countries are now turning to reproductive science developed in zoos to avoid capturing wild elephants and further depleting the free-ranging population.

"At that time it was believed that only elephants in human care were affected," Keele said. "But researchers used our data to identify affected wild individuals in Asia."

Whether we're studying reproduction, communication or welfare, the discoveries we make at the Oregon Zoo benefit elephants in others zoos and in the wild.

The most important work we can do as a zoo is to enhance and expand our visitors' awareness about wildlife conservation. Our elephants are ambassadors for their wild counterparts. A sustainable and genetically diverse North American population of elephants will allow us to continue to study and learn from our elephants for generations to come.

"Decisions we make here impact elephants living on the other side of the world," Keele said. "For example, the paper we use here could have come from an Asian forest. It's not a hard story to tell here in the Northwest, because we have learned to coexist with bald eagles, spotted frogs and many other endangered wildlife species that live in our own backyards. The care of zoo elephants is directly connected to wild elephant conservation. We're in the unique position to show our visitors what amazing creatures elephants are, and empower them to find ways for humans and wildlife to coexist."