Zoo rings in Year of the Snake with free admission - Feb. 10 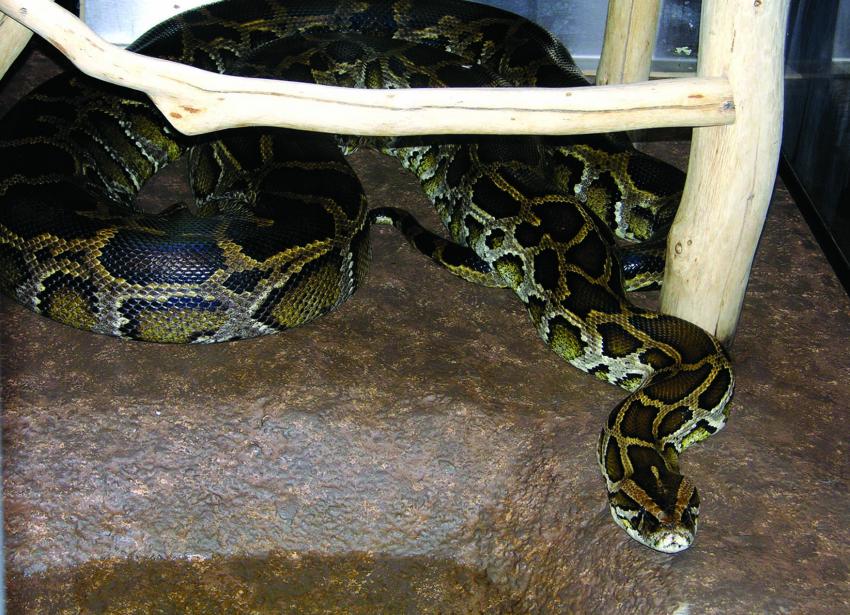 Bubba, the Oregon Zoo's impressively huge Burmese python, will be slithering into the spotlight soon. The zoo is offering free admission Feb. 10, celebrating the start of the Lunar New Year — and, according to Chinese astrology, this one will be the Year of the Snake.

Visitors to the zoo Feb. 10 can take in animal talks, have an up-close encounter with a live snake, and learn more about conserving endangered Asian wildlife.

"Celebrating the Lunar New Year helps us bring attention to Asian animals that are imperiled, including snakes," said Kim Smith, zoo director. "We want visitors to make a connection with the animals here — even the cold-blooded ones — so that they leave the zoo wanting to make the world a better place for wildlife."

The snake is the sixth animal featured in the 12-year cycle of the Chinese zodiac and traditionally symbolizes intelligence and grace.

On Feb. 10, animal talkers will be on hand throughout the day near Bubba's habitat in the Predators of the Serengeti area. More Year of the Snake activities will take place in the Discovery Room just across the way, where zoo volunteers will be offering up-close encounters with smaller snake species, such as the rubber boa, ball python and Taiwan beauty snake.

Though Burmese pythons are not native to the African Serengeti, Bubba was relocated to this section of the zoo last month to provide him with a more comfortable living space. He came to the Oregon Zoo in 2006 after outgrowing his exhibit in OMSI's Life Science Lab. At around 15 feet long and weighing more than 125 pounds, Bubba is thought to be one of the largest snakes in the Portland area — and he could get even bigger.

"Snakes keep growing for their entire lives," Smith said. "A Burmese python like Bubba could eventually grow to 20 feet long and weigh up to 200 pounds — that's a whole lot of snake."

The Burmese python, one of the largest snakes in the world, is considered vulnerable in its natural Southeast Asia range due to habitat loss, hunting for leather, and capture for sale as pets. The pet trade has also led to problems here in the United States: People have kept the pythons as pets until they grew too big to handle, then released them into the wild, where they threaten local ecosystems. In Florida, Burmese pythons are considered an invasive species, competing with native wildlife and preying on species such as the endangered Key Largo woodrat.