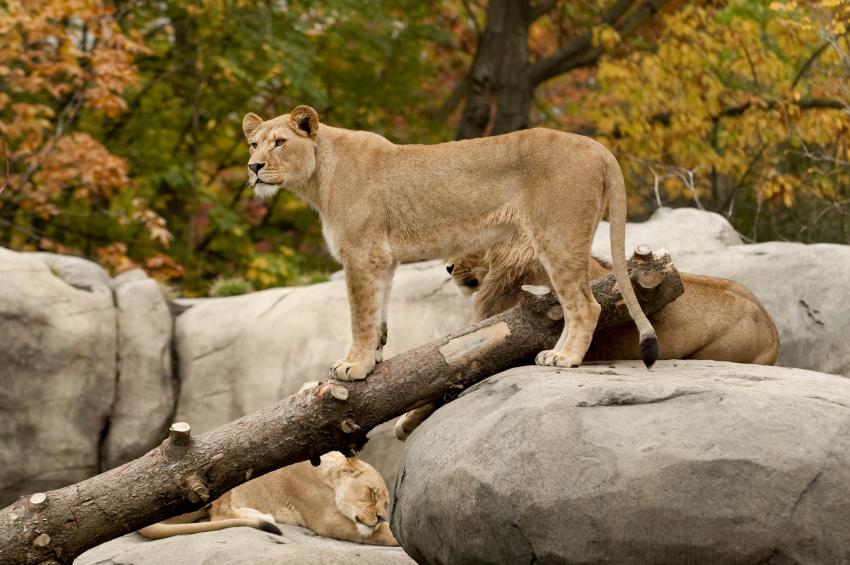 If all goes well, 5-year-old Neka is expected to give birth in next 10 days

The Oregon Zoo may soon be welcoming a litter of African lion cubs, its first in several decades. Officials say Neka, one of two female lions in the zoo's Predators of the Serengeti habitat, is pregnant and could give birth within the next 10 days.

Jennifer Davis, curator for the zoo's Africa area, cautions, though, that it is Neka's first pregnancy, and the birth of a healthy litter of cubs is no sure thing.

"Naturally, we're all excited," Davis said. "But we know there's a lot that could go wrong. Even if the birth itself goes smoothly, we don't know how Neka will react to her offspring. Some lions don't react well. We hope her nurturing instincts will kick in and she'll take good care of them, but that doesn't always happen, especially with first-time moms." 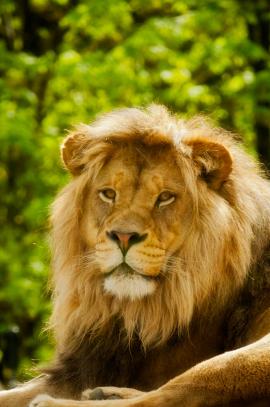 Keepers believe conception occurred in late May, when they (along with zoo visitors) observed breeding activity between Neka and Zawadi Mungu, the zoo's male lion. The pregnancy was confirmed last month by researchers at Smithsonian's National Zoo, who measured hormone levels in a fecal sample collected from Neka that had been submitted for analysis.

Keepers report that Neka, though not noticeably pregnant to the casual observer, has put on some weight and seems to be a bit crankier as her due date approaches. She now has access to an off-exhibit maternity den to provide a private and comfortable birthing environment. Animal-care staff will be monitoring the expectant lion around the clock via a closed-circuit surveillance camera, but they'll most likely be taking a hands-off approach.

"As much as possible, we want this to happen naturally," Davis said. "It's not uncommon for first-time moms to struggle, but that's a process we have to allow."

According to Davis, the average gestation period for African lions is a little more than three months (105 to 115 days), and the average litter size is two to four. Cubs typically weigh about 3 pounds at birth and are born blind, their eyes opening within a week or two.

Zawadi, Neka and a third lion, Kya, came to the Oregon Zoo in 2009 based on a breeding recommendation by the Association of Zoos and Aquariums' Species Survival Plan for African lions. Zawadi, the male, came from the San Diego Wild Animal Park, and the females, Neka and Kya, came from the Virginia Zoo and Wisconsin's Racine Zoo respectively.

"They're all around the same age," Davis said. "That made it easier for them to bond and become a unified pride. We're happy there was a strong connection between Neka and Zawadi."

"Fifteen years ago, lions were abundant in much of East Africa," Davis said. "But now they are disappearing at alarming rates. Every time a person visits the zoo, part of the admission goes toward helping protect lions and other African predators. A litter of cubs can be a great way to inspire people to act for wildlife. Hopefully, we can start a new chapter in the conservation of a species that is sharply declining in the wild."