Lewis and Clark to kick off conservation symposium at zoo 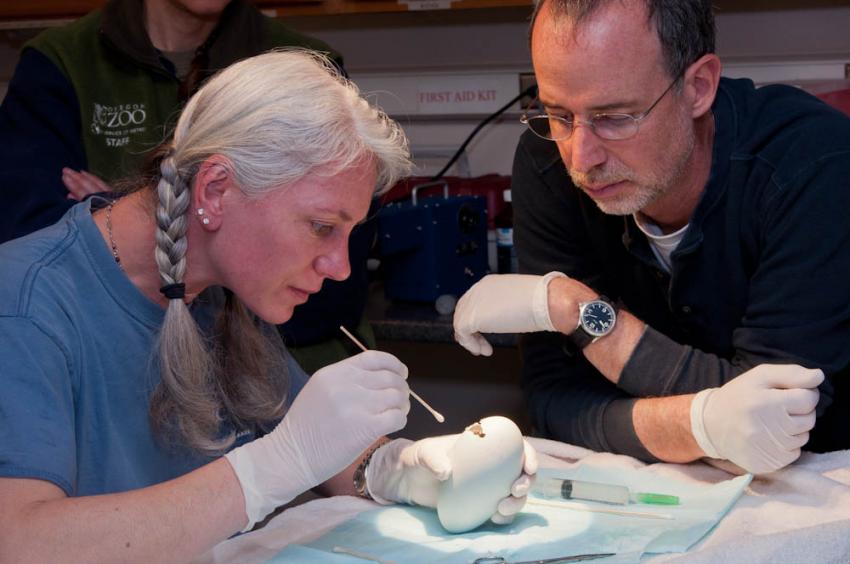 Speakers will include Nikita Zimov, director of Siberia's Pleistocene Park

Nikita Zimov, director of Siberia's Pleistocene Park, joins experts from the Oregon Zoo Oct. 14 for an evening of conversation about conservation, presented by the Lewis & Clark College environmental studies program.

The event, which kicks off Lewis & Clark's 16th annual environmental affairs symposium, will be hosted at the Oregon Zoo's Cascade Crest ballroom from 6 to 9 p.m. Doors open at 5 p.m. Admission is $10.

This year's symposium, which runs Oct. 14-18, explores "The Nature of the Unnatural" — modifications of our biophysical surroundings that are considered "unnatural." Experts will discuss issues such as genetically modified organisms, species resurrection, rewilding, ecological restoration and artificial intelligence.

At the Oct. 14 kickoff event, Zimov will speak about the past and future of the mammoth steppe ecosystem, Oregon Zoo condor keeper Kelli Walker will discuss aspects of the zoo's participation in the California Condor Recovery Program, and Oregon Zoo education curator Grant Spickelmier will address the changing nature of zoos and their increasing focus on wildlife education and conservation.

Zimov is the director of Pleistocene Park, a project that is importing megafauna like horses, bison, tigers — and perhaps even clones of the wooly mammoth — into Siberia to cause massive landscape-scale ecological change. As the animals adapt, a newly engineered ecosystem will develop that mimics the function of Siberian grasslands at the end of the Ice Age. Once one of the world's dominant biomes, these grasslands will serve as a large-scale experiment, help solve unanswered questions about the roles of humans in early mass extinctions, and could — by acting as a carbon sink — become a major part of the fight against global climate change.