Oregon Zoo lion keepers made two eagerly awaited announcements this week: Neka's smallest cub appears to be recovering from her health troubles, and all three of the 5-week-old cubs are ready for names. Keepers have selected two possible names for each cub and are asking the public to vote for their favorites.

"Neka and her cubs are doing great," said Laura Weiner, senior keeper for the zoo's Africa section. "They're all bonding and comfortable with each other, and we're starting to see their personalities. It's time to give them names that match."

Until now, the zoo's animal-care staff has referred to the young cubs by the last digit of the numbers they were assigned as part of the International Species Information System: Smallest to largest, the cubs are 7, 8 and 9. 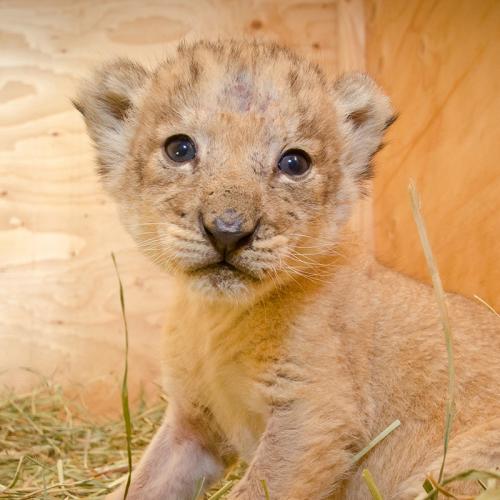 sometimes referred to as "Little Bit" — is the smallest and weakest of the litter, keepers report. She's had some health issues and was hospitalized for nine days last month. Although she's doing much better now, she remains significantly smaller than her two sisters. Keepers have come up with the following two names for her:

Kamali: Name for a spirit that protects babies from death, from the Shona people of Zimbabwe and surrounding nations.

Mara: After the Maasai Mara National Reserve in Kenya, known to locals as "the Mara." 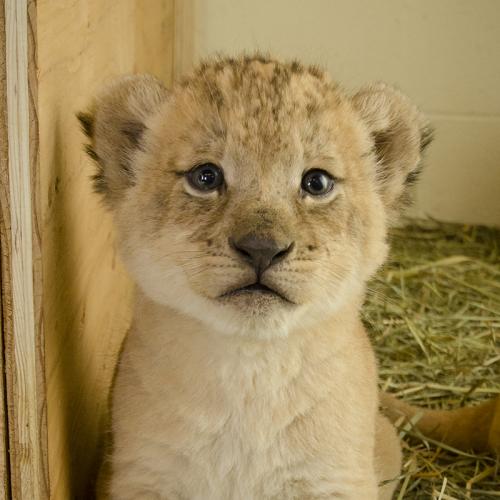 is the "middle cub" — not the biggest, not the smallest. Keepers say this sister is known for her mild temperament, and have narrowed their name choices to the following:

Zalika: Swahili for "well-born" — a nod to the cubs' father, Zawadi, who keepers say has a similarly sweet demeanor.

Jelani: Swahili for "mighty" or "powerful"; typically a male name, but the meaning is appropriate. 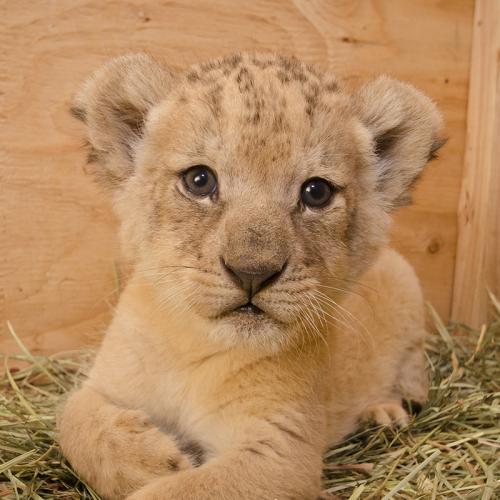 is the largest and most "outspoken" of the young trio, according to keepers. She is the most assertive when it comes to nursing and thus gets the lion's share of Neka's milk. "She's huge," Weiner said. "She's definitely more interested in food than the others — we've nicknamed her Feisty." Selections for No. 9 are:

Angalia: Swahili for "look out" or "be careful."

Votes will be accepted through Wednesday, Oct. 23. The zoo will announce the winning names on Thursday, Oct. 24.

The cubs, born Sept. 7, are the first offspring for Neka and Zawadi Mungu, the cubs' father. Weiner said the new mom is now spending about an hour outside each morning with Zawadi and Kya, the zoo's other adult female.

"She thoroughly enjoys her time with the adults," Weiner said. "She lets us know when she is ready to come back inside with her cubs by standing at the door. It's fun to watch the cubs developing. They've been batting at each other and at mom. She's very indulgent, but she spends some time on top of the den box when she needs a break."

Keepers have also been giving the cubs a stuffed hippo to play with when mom needs some time to herself.

"It looks cute," Weiner said. "But it's pretty obvious they are practicing natural predator behavior and learning how to be lions. They get quite ferocious with that hippo."

It may still be a little while before the cubs are ready to go outside though.

"The main thing determining that will be the weather," said curator Jennifer Davis, who oversees the zoo's Africa and primate areas. "They'll be ready to explore beyond their den area soon, but if it's below 50 degrees we'll be keeping them in. So throughout the fall, it'll be cloudy with a chance of cubs. We'll post updates on Facebook and the zoo website to let people know."