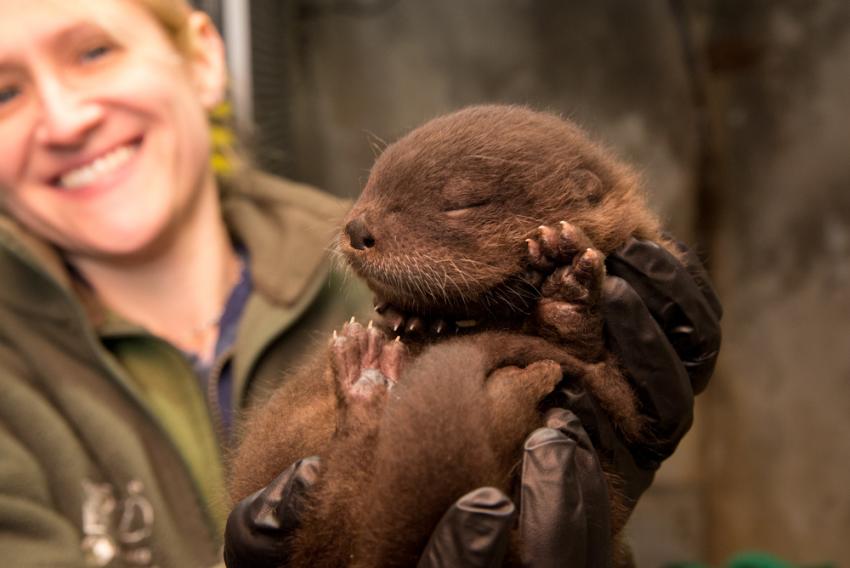 Tilly's baby needs a name. Oregon Zoo keepers are asking the community to help them choose a name for the month-old river otter. Keepers have come up with three possible names for the pup and are asking the public to vote for their favorite here.

"A lot of the animals here get their names from nations or cultures associated with the species' native habitats," said Julie Christie, senior keeper for the zoo's North America area. "For the river otters, we like to choose names based on local waterways."

Tilly — who was named after the Tillamook River — gave birth to the pup Nov. 8.

Tilly and her pup are currently in a private maternity den, and it will most likely be another month before visitors can see them in their Cascade Stream and Pond habitat. Young river otters usually open their eyes after three to six weeks, and begin walking at about five weeks.

Metro's voter-approved Natural Areas Program has protected more than 90 miles of rivers and streams in the Portland region. Find out how Metro is working to conserve and restore habitat for river otters and other wildlife.

Related links:
Visit Metro's Smith and Bybee wetlands to search for river otters and other wildlife