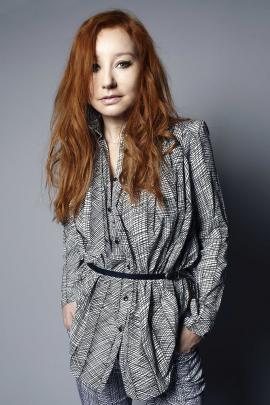 Zoo will announce its full summer concert lineup next month

She'll have a lot to work with — including a new album — on July 18, when she visits Portland as part of the Oregon Zoo's summer concert series.

With "Unrepentant Geraldines," her 14th studio album, due in May, Amos is expanding into the world of visual art — as an inspiration for music that reaches back to her roots as a contemporary pop/rock artist.

"Visual artists shake up our brains and force us to look at everything, from objects we don't normally think twice about to people we might not have cared about," Amos told Rolling Stone.

Since her breakthrough debut, 1992's confessional Little Earthquakes, Amos has sold more than 12 million albums and consistently pushed herself in new directions. Seven of her records have reached the Top 10; 1996's "Boys for Pele" reached No. 2. Her past two albums, "Gold Dust" (2012) and "Night of Hunters" (2011), drew from the world of classical music. Night of Hunters was a tribute to greats such as Bach, Schubert and Chopin. On "Gold Dust," Amos took songs from throughout her career and gave them a symphonic reworking.

She was nominated for six WhatsOnStage Awards for "The Light Princess," a musical she composed along with Australian writer Samuel Adamson. The show premiered at London's National Theatre last fall.

Tickets for Amos' July 18 show go on sale at 10 a.m. March 7, and can be purchased at zooconcerts.com. The zoo's concert series begins in June and runs through early September. The complete schedule will be announced in April.