Visitors will come nose-to-beak with condors at new exhibit 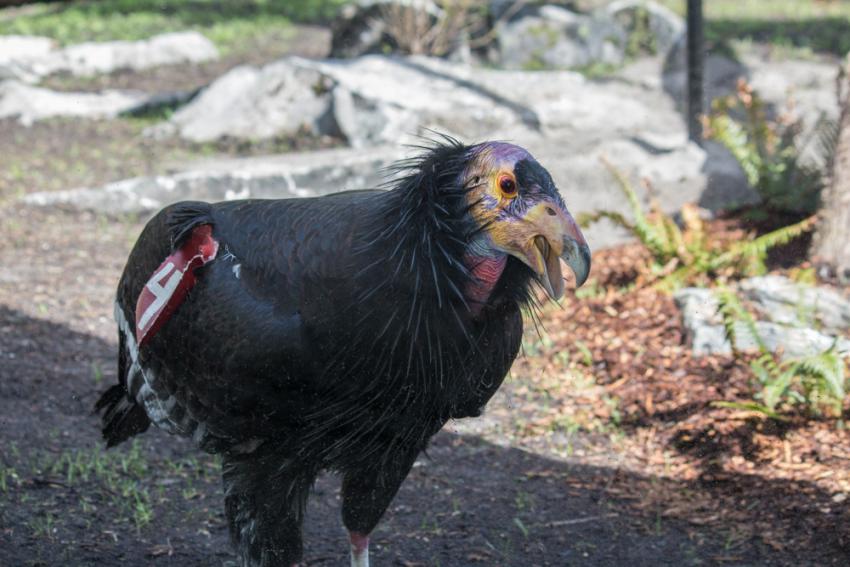 After more than 100 years, California condors have returned to Portland.

Though native to the region, and commonly seen here during the time of Lewis and Clark, the continent's largest bird hasn't soared through Northwest skies for more than a century. But starting May 24, the Oregon Zoo will offer up-close views of these colorful, charismatic and critically endangered birds at its new Condors of the Columbia exhibit. (Zoo members can enjoy a special preview on May 23.)

Named for the "buzzards of the Columbia" mentioned in Meriwether Lewis' expedition journal, the habitat is the third of eight major projects funded by the community-supported zoo bond measure.

"This isn't your standard aviary," said Kelli Walker, the zoo's senior condor keeper. "It is a home for pterodactyl-sized scavengers with complex social structures and specialized feeding habits."

Three of the enormous birds moved into the new space last month and have enjoyed a high-profile settling-in period, drawing the interest of visitors strolling up and down the zoo boardwalk or along the path between Cougar Crossing and the Family Farm. And, according to keepers, the birds have been equally interested in people-watching.

"They've been hard to miss when they're perched 20 feet up and sunning those impressive 10-foot wingspans," said Gwen Harris, the zoo's senior keeper of birds. "But once the privacy fencing goes away, the views will be even better. Kaweah has been coming right up to the window to interact with staff and volunteers." 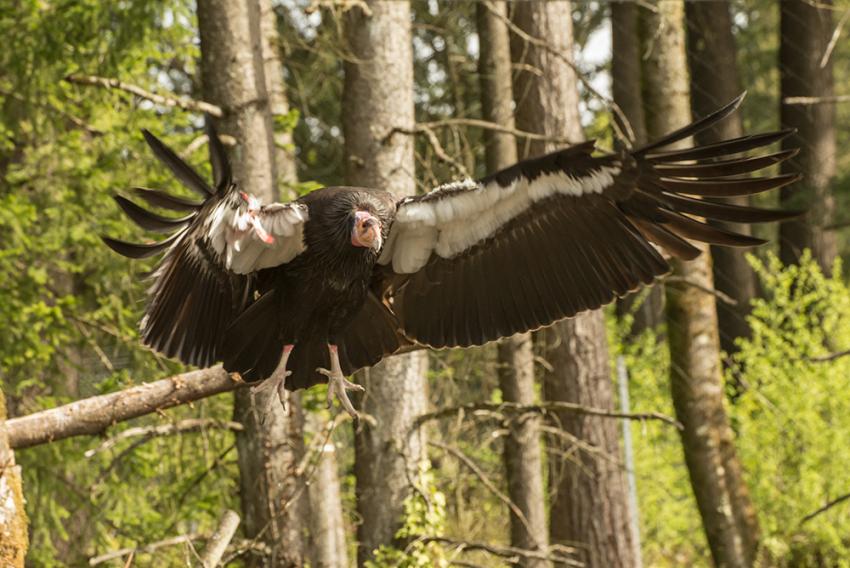 In designing the new exhibit, staff drew inspiration from the Jonsson Center for Wildlife Conservation, where the zoo has bred condors since 2003 as part of the national California Condor Recovery Program.

At both the Jonsson Center and the zoo, condors are fed via an airlock-style room, where doors open and food "magically appears." This prevent the birds from associating humans with food, an association that could hinder their survival once they are released.

Another amenity of the zoo's new condor habitat is its carcass-friendly swimming pool.

"Condors love splashing around in the water," Harris said. "They also drag their food in, so we designed the filtration system accordingly."

Opening one year to the day after its 2013 groundbreaking, the $2.3 million Condors of the Columbia project was completed on schedule and under-budget, zoo officials said. It is the most recent project to be funded by the 2008 zoo bond measure promoting animal welfare and sustainability.

"This will be an inspirational grand opening," said Heidi Rahn, bond program director. "Our community made this possible. They created something that should motivate generations of visitors to take action for endangered species. And there's a lot more to look forward to in the years ahead. We're approaching the halfway point on construction for Elephant Lands, and next spring we'll be breaking ground on a new education center."