Humboldt penguin chicks get in the swim of things 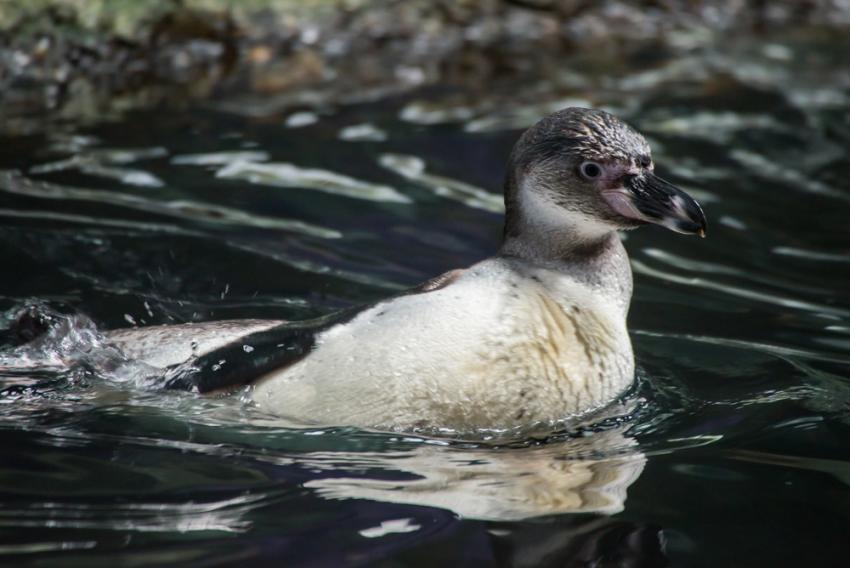 The three new Humboldt penguin chicks that hatched at the Oregon Zoo this spring have begun to emerge from their nest boxes and explore their surroundings, keepers say.

Visitors can now see the young birds — which keepers have named Aqua, Xolas and Olle — waddling over the rocky terrain and darting through the clear water of the zoo's penguinarium.

Though nearly as tall as the adult Humboldts, the young penguins are easy to identify: they are gray all over and lack the tuxedo-like plumage of adult Humboldts — notably the distinctive horseshoe-shaped band in the chest area.

Young penguins can swim right away once they fledge — no lessons needed — and visitors should have good views of these sleek sea birds darting through the clear waters of the zoo's penguinarium. A few years ago, the zoo completed a much-needed upgrade of the penguinarium's water-filtration system, one of many improvements funded by the community-supported 2008 zoo bond measure aimed at protecting animal health and safety while conserving and recycling water. The upgrade saves millions of gallons each year.

Related links:
Support the zoo's conservation efforts by becoming a Humboldt penguin Wildlife PartnerGo behind the scenes on a Penguin Encounter tour