Firefighters' gift is a boon for zoo's simian senior citizens 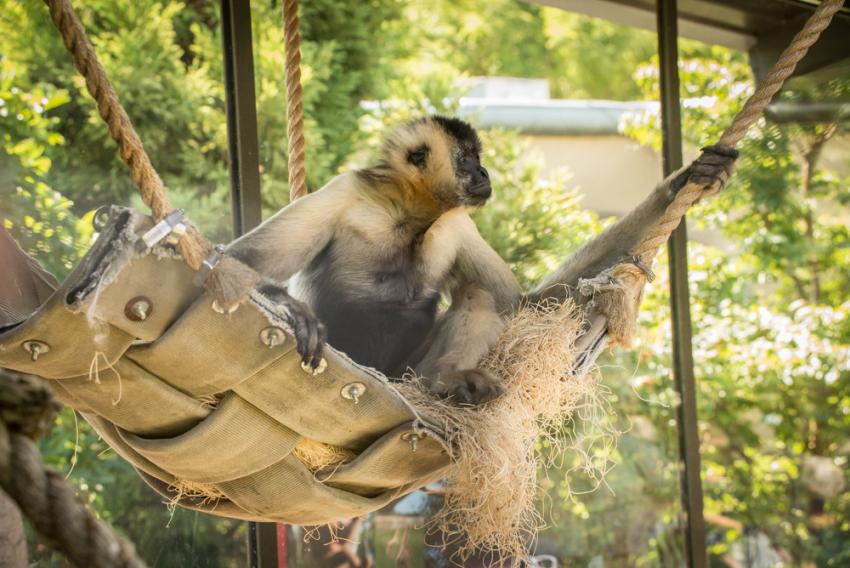 In case you needed another reason to love firefighters: They're now helping senior-citizen primates at the Oregon Zoo kick back in style.

This month, the Clackamas Fire District donated around 2,000 feet of decommissioned fire hose to the Oregon Zoo, where a pair of creative keepers is turning the hose into hammocks for 54-year-old orangutan Inji and gibbons Phyllis and Duffy.

Primate keepers Colleen Reed and Scott Jackson begin by weaving the relatively indestructible hose to the size they want, and fastening the ends with ape-proof hardware. The hammocks mimic the arboreal nests used by orangutans, and provide a resting area for the gibbons as they swing among the treetops. 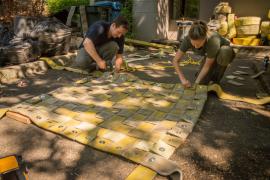 After Reed and Jackson install the hammocks in Red Ape Reserve, it's up to the primates to finish the job — lining them with wood wool, hay, old T-shirts and other materials hidden around the habitat by keepers.

"We don't want to build the nests for them," Reed said. "We want them to follow their natural instincts to find materials."

While the idea isn't a new one — zoos in other parts of the country use fire hose for similar purposes — the hammocks are especially important for the geriatric Inji, who at 54 is the oldest Oregon Zoo resident and one of the oldest orangs anywhere. According to the Association of Zoos and Aquariums, the median life expectancy for female Sumatran orangutans is 32, though sometimes they can live to 60.

In 2012, both Inji and Phyllis, 44, were included in an Oregonian article about elderly Oregon Zoo inhabitants that highlighted ways keepers and veterinary staff care for animals approaching the end of life.

"Inji spends a significant part of each day finding materials for her nest, which helps keep her active and stimulated," Jackson said. "The hammock is soft on her old bones and it's clear that she prefers the fire hose to all other resting places."

Habitat loss, palm oil plantations and an illegal pet trade are pushing orangutans toward extinction in Sumatra and Borneo, and, according to Orangutan Outreach, it could be fewer than 10 years before they have completely vanished from the wild. Last month, the zoo launched its Use Your Reach project, aimed at encouraging companies to pursue deforestation-free palm oil.